Before the late 60's era of Baldwin Motion, COPO 'sYenko 's and others, there were cars like this car, the SS427.
This car was originally purchased by a young Doctor from Webb Chevrolet in Bowling Green Ky. There is no doubt he wanted to enjoy his passion of drag racing on the weekends when he ordered this sinister SS427.
Imagine his thrill in ticking the performance boxes:
SS427, Check.
4-Speed, Check.
373 Posi Axle, Check.
Then on to the colors:
Black Exterior, Check.
Black Interior, Console and Gauges, Check.
Then top it off with Black Vinyl Top, Check.
Soon after taking possession of this beauty, he blew the engine at the drag strip and had a "CE" replacement engine installed by Webb Chevrolet. He continued racing this car in Bowling Green for several years, when he then gave the car to his wife after adding power steering and dropping the gear ratio.
I will say that the only reason I do not call this SS427 a "survivor" is the replacement driveline. The SS427 retains its original rust free body and interior. The paint is 80% the original black lacquer (the hood was primed due to hail damage) and other than the CE block and transmission, all of the original parts were used such as the heads, carb, intake etc. The CE block is 351 casting, casting date is April 67. Engine may have 3k miles on overhaul, forged Pistons, howard's camshaft.
2 Buildsheets as well as original POP, period pics from the Doc racing, and the proper 4D on the trim tag along with the unrestored status all work together to authenticate the pedigree of this car.
Easily one of the rarest cars of its era and one of the most sought after (when you can actually find one available). Add in the super rare triple black, and well desirable just does not cut it.
This SS427 has a rust free straight body with excellent body lines. You'll notice that it has phenomenal Gaps and Fit of all the panels. To finish off the period look it's sitting on a set of original Crager S/S rims (original hubcaps which have never been on the car are in the trunk along with the original jack and spare which have also not touched the ground) .
Likewise the fit on the interior of this SS427 is nothing short of awesome. The doors do not sag and everything shows little wear. The seats have two spots where the seam threads have worn through. It has the bucket seats and console which houses the correct original Four Speed Shifter and (rare) console. The Speedometer, Tach all are working along with the fuel, oil, temp, and amp gauges.
115,000 miles.
In short, this is one of the most desirable muscle cars of its era, in one of the most desirable color combinations in "almost" survivor condition. This car gets more attention at car shows then almost any frame off trailer queen. People gravitate to it like moths to a flame asking if its "real" with their eyes widening as they are shown the paperwork, never imaging they would be able to see one in person. 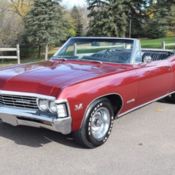 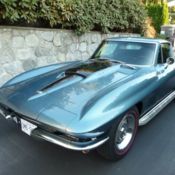 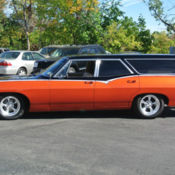 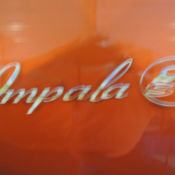 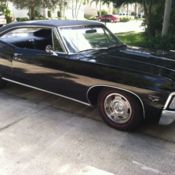 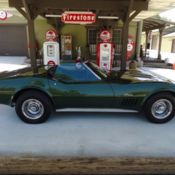 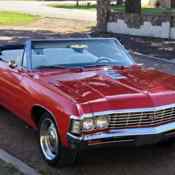 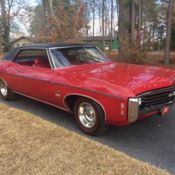 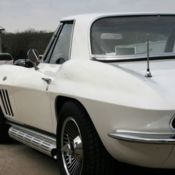 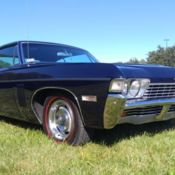