This car has been cared for by three private owners since it was new, never traded among dealers or sold at auction. The original engine and trans are in it, no performance modifications, no backyard Frankenstein changes. No added performance or aftermarket modifications. It's basically the same car that was bought out of the showroom in 1993.

There were only about 6,500 convertible 40th Anniversary cars made. It is unknown how many of them were white with black top and black interior, but there are very few, making this classic C4 an even more rare find.

The car has been driven, so it isn't show quality but the body is straight with a few little blemishes that could be fixed easily. It has 73,000 original miles on the odometer. In the past year, the car has gotten the following new parts.

This car has only used premium, high octane fuel since the current owner bought it in 1999. Unknown what fuel was used before that but the previous owner told me to use the expensive stuff so I assume he did too. I have never seen the speedometer go higher than 85. The car has been driven very gently. The Carfax shows 4 owners but that's because I paid off the original lease, then paid off the lease and bought it outright. That made it look like an ownership change. The Carfax shows no accidents.

Corvette's 5.7 Liter, 300 HP LT1, V8 gives this Vette a smooth, around-town bounce with ferocious accelerating and top end speed lurking just below the driver's right foot. The factory 4-speed automatic makes speed changes effortless. This car has just enough technology to be relevant but not so much that the fun of driving has been programmed out. The 1993 Corvette features sophisticated, fully independent suspension with precision-crafted aluminum componentry, an all-disc-four-wheel anti-lock brake system, and a traction-control system that helps Corvette utilize all available traction by regulating wheel spin. Asymmetrical, unidirectional 17â€³ tires help deliver precise response to driver input.

The 1993 sales brochure referred to the LT1 as "America's Most Respected V8â€. The LT1 was the most powerful small block V8 ever placed in a production Corvette. The engine updated the small block V8 that Chevrolet first introduced in 1955. The Chevy small block had powered more cars, both on the street and on the track, than any other V8. The LT1 updated the old workhorse for a new generation of performance lovers.

I have owned this car and had a ton of fun with it for almost 20 years. Now it's someone else's turn. It's as fast and fun today as it was when I bought it back in 1999. If you're looking for a cheap Vette, there should be plenty of them around.

Why is this car worth more than the cheap Vettes that are out there? It's a 3 owner car. Miles are relatively low for a 26-year-old car. It could be made perfect with a few cosmetic enhancements. Don't call me unless you appreciate this unique, sweet ride for what it is. Low ball offers will not be entertained. 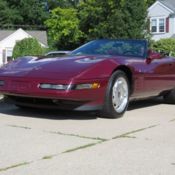 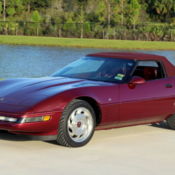 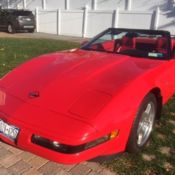 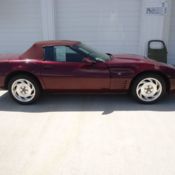 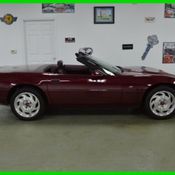 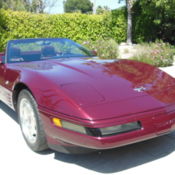 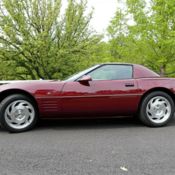 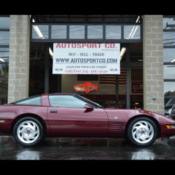 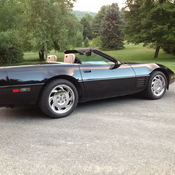 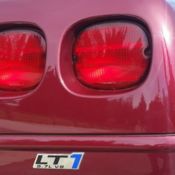