GR Auto Gallery is pleased to present this extremely low mile 1993 Chevrolet Corvette. This particular Corvette model marked the 40th Anniversary of the American Muscle Car. The 40th commemorative package comes in a stunning Ruby Red paint job which is complimented by a matching interior. Powering this vehicle is the GM LT1 350 V8 motor mated to an automatic transmission. Features include special embroidered seats, Bose sound system, functioning heat and A/C, power seats, power locks, power steering, power...brakes, cruise control, power mirrors, 4 wheel disc brakes and a functioning convertible top. Additionally, this C4 is a one owner vehicle with a clean Carfax vehicle history report and the original window sticker. With only a few hundred original miles, this Corvette is a rare find indeed. Please contact us today for more information. What was known as the "C4", this generation of Corvette really showed as a new and improved example over the previous model years. GM made a large list of changes between the C4 and previous generations. These improvements included a new chassis, modern styling, improved handling, braking and suspension. This produced a very quick, fun and affordable vehicle. With a better price point than previous models this generation became very popular not only with the middle-aged group but with a younger crowd as well. With nice new features like the translucent roof this became a very recognizable model to anyone who drove by them and Corvette continued to hold value within its name due to this success. 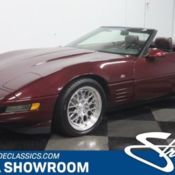 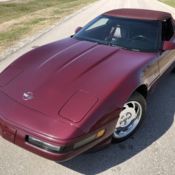 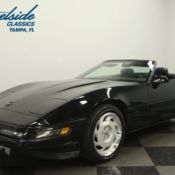 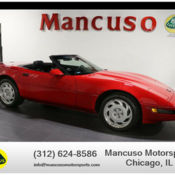 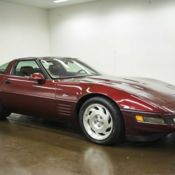 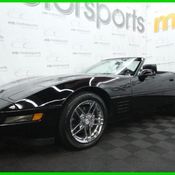 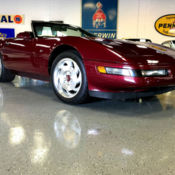 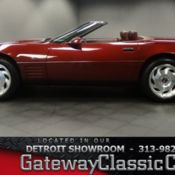 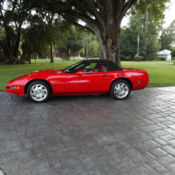 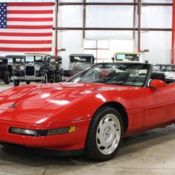