With the booming popularity of affordable hobby cars, this 1985 Corvette with only 51,396 actual miles should be a slam-dunk. With just one owner, someone obviously took exceptionally good care of it and with just one repaint several years ago, it still looks like it should cost thousands more than it does. OK, we know that the market for 1985 Corvettes is a little soft, but look at this one carefully. It's extremely affordable, and if you're looking for massive bang for the buck, this low-mileage Corvette is awfully appealing. The color is Black Rose from the 1992 Corvette color chart, and this C4 wears it especially well, accentuating the wedge-shaped profile that was still 100% Corvette but a big change from the aging C3. Given its history, the paint is in outstanding condition as you'd expect, but perhaps you've forgotten just how good a C4 can look. The finish is glossy, the composite panels are super straight (it's not like they dent or rust), and the doors open and close with the characteristic C4 thunk that sounds impressively solid. Even the weather-stripping is in excellent condition so this 'Vette seals up well and whispers through the air at highway speeds. The only notable modification is a set of blue-dot lenses in the stock taillights, and it seems to work rather well with the dark purple paint. The gray leather interior is just as nice as the exterior, with optional power articulated bucket seats that were state-of-the-art in 1985. C4 fans will find it easy to get comfortable here and as you'd expect, everything is in very good condition. The leather looks well-maintained save for some very minor stretching on the driver's lower cushion, and the carpets and door panels are quite nice. The digital dashboard was very exciting news for 1985 and remarkably, it's fully functional with bright graphics and complete displays. Just about everything was standard for the Corvette, including power windows and locks, A/C, cruise control, and the familiar Delco AM/FM/cassette stereo in the center stack. There's also a useful trip computer that still does its thing, and a surprising amount of storage capacity in the hatch area, and yes, the gas struts that hold up the hatch still work! The only engine available in the 1985 Corvette was the indestructible torque factory known as the L98. With so few miles on the clock, it's barely broken-in, and is instantly recognizable for its long-tube intake runners that are the key to its impressive torque production. It's also highly adaptable to modifications, but aside from the K&N air filter, this one remains 100% stock and as the factory delivered it with most of its original equipment still in place. Anything that needed maintenance got it, and it runs superbly today. It also carries the desirable Doug Nash 4+3 manual transmission, which feels like a good old 4-speed but offers overdrive cruising for long-distance comfort. Brakes are powerful, the Z51 suspension is track-ready, and you'll recall how blown away you were when you first saw those ultra-wide 255/50/16 Goodyears in 1985. Too cool! Oh, yeah, the stock wheels have been chrome plated to give it a custom look that works rather well on the early C4. A fast, fun 'Vette that will entertain the crowds with its awesome look, gets you a guaranteed invite to all the big Corvette events, and costs less than a used Honda. How can you go wrong? Call today! 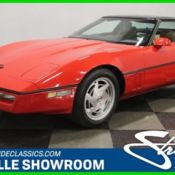 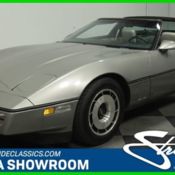 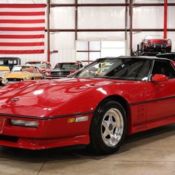 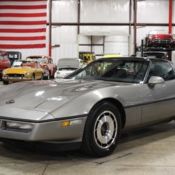 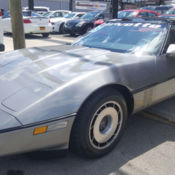 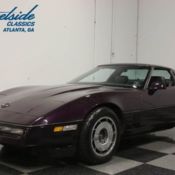 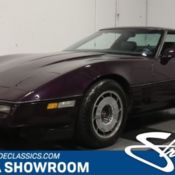 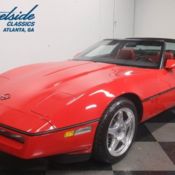 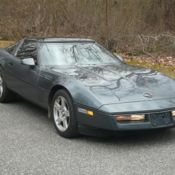 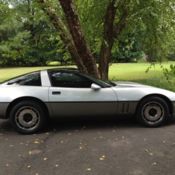