Up for a NO-RESERVE auction is my 1947 Thriftmaster 3600 series. Stored inside an old brick building since 1985. It has been in the same family and used as a parts-gopher pickup since late 1947, when grandpa purchased it new. It was built in Van Nuys, California and sent to a dealer near the family's wheat ranch, situated in Eastern Washington. The dealer installed the Vitag heater (still works!). In 1968, the owner's grandson needed a project for his high school shop-class, so he painted grandpa's pickup--an orangish enamel. It still looks good. The owner transferred the pickup's title to his grandson in 1978. The pickup remained as a ranch gopher. In 1985, with new rigs on the ranch the "Forty Seven" was stored inside a family-owned warehouse in Garfield, Washington until last fall. The building was sold and the family put it up for sale; I spied it and bought it. I cleaned him up, replaced door & door-opening weather seals; added a 1947 new rubber floormat; replaced the taillights, new 6-volt halogen headlights, new brakelight switch; new wiper blade; replaced fuel pump, water pump & belt & hoses. For good measure, I had the carburater rebuilt; new fuel filter & fram oil filter. radiator, starter, generator had no issues. I did add a small horn, works nicely. Everything works-brights, brakelights, tail lights, clutch, transmission, windows, hood, door locks, spare tire holder, oh, one thing-the rear passenger brake cylinder was leaking, so I blocked the line for now; the other brakes have no issue. Also, the floor mounted emergency brake is free and performs nicely--the emergency brake inside the hub will require adjustment. The 216 thriftmaster engine is clean and starts immediately and idles smooth, no knocks, doesn't smoke. I also added a new muffler & tailpipe. Steering is tight, however, with 16" bias tires (same tires since early '70's) it tracks, somewhat, over a grooved road--radials would eliminate this characteristic. It's a joy to cruise down the road. I don't push it, 50 mph is fast enough. Dome light works great. The dash fan was evidently added to move the hot summer air I think, to facilitate a defroster heat for the windshield, since no defroster hoses were added to the heater's defroster outlet. The original inside sun-visor/accessory mirror is good. Chevrolet began manufacturing the "Advanced Design" and the Van Nuys plant started production in June, 1947. The owner purchased this pickup in fall of 1947, so, this pickup was one of the first to arrive in Eastern Washington. One other thing-the original, wood-slatted bed deck has three slats that have approximately 16' of wood damaged/missing, near the end of the bed. The sheet metal is solid including the cab floor, under seat metal, behind seat metal ( I painted the afore-mentioned metal w/ black flat for protection.
Bidders with 0 feedback score MUST contact me prior to placing a bid or your bid will be erased. A $500 deposit through Paypal is due within 48 hours of auction ending. The remaining balance is due within 7 days of auction ending. Due to Paypal fees, I only accept Cash, Cashiers Check or Bank Wire Transfer for remaining balance. Pickup is for sale as-is and where-is. Buyer is responsible for shipping. I will help load the pickup. 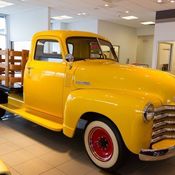 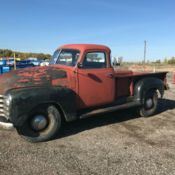 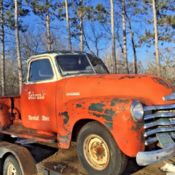 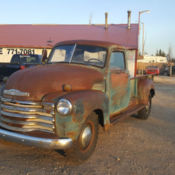 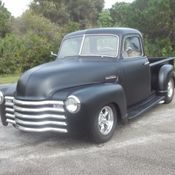 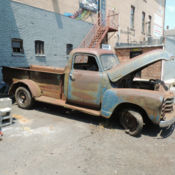 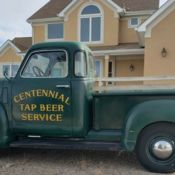 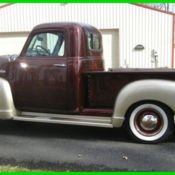 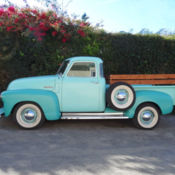 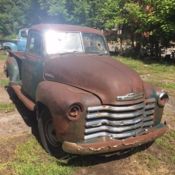