Rare Chevy Camaro matching numbers RS/SS 327 4 SPEED. Car has Been parked for 29yrs, engine is good, (4 speed is in garage very good condition (from my 1974 Camaro) engine is OEM. Car ran like a champ when it was hit in the front 1989, NO FRAME DAMAGE. just radiator and housing.Car is being sold as is with bill of sale only. Included in pictures is vin and Fisher tag. is a 1 owner car purchased in 1969 with 200 miles on it.Still has original, Seats, dash, head liner and door panels; Has never been reupholstered. Original from front to back except streering wheel and rims. Body has surface rust, it was originally a rust color from factory so is looks worse than it is. No brake through rust besides the quarter panels see pictures.. The intake was changed in 1986 by my friends father to save gas, and so his son would not speed which we did anyways. Originally came with a 4brl. This is a NR Auction, This Car is worth 90,000$ fully restored: serious bidders only Please. TITLE IS NOT A SALVAGED TITLE, ITS A LOST TITLE AND THE ONLY WAY I COULD PROCEED WITH LISTING. forgot to mention the other day i was burning some weeds and the bush cought fire burning the driver side back light lenses, yes I'm an idiot!! i do have another set of rear lights from a stock 68 camaro. The red lenses can be taken out to complete its Super Sport reds God Bless. On Jul-11-18 at 17:41:53 PDT, seller added the following information: 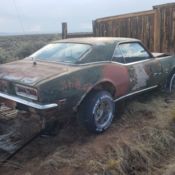 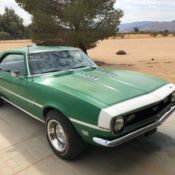 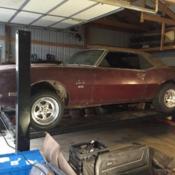 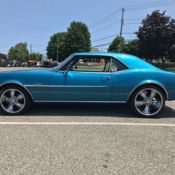 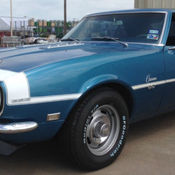 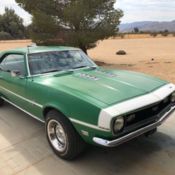 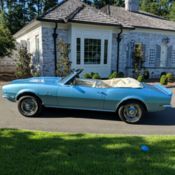 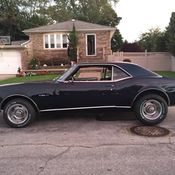 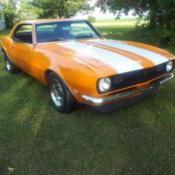 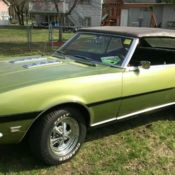