Hello there and thanks for stopping by. I have been asked to sell this PROJECT1961 Corvette for the current owner. It belonged to her late husband and now she hasdecided let it go. From what I can understand from thepast paperwork itlived in Texas since 1967. Her husband purchased from Texas in 1999. It was very roughat that time. SEE PICTURES..... He did replace the frontclip and had all the body work under the hood completed.He had a localmachine shop (Auto Machine) in Emporia KS built the 283 engine.As you can see dual QUAD carbs, aluminum headsfactoryintake and Carbs. I believe the block isperiod correct but not 100% sure. See large pictures below.The transmission was built by Wayne's transmissions of Richmond MO.He spent thousands on the drive train alone. Engine stand goes with new owner.From all the parts laid out he was on his way to putting it back together. The are dozens and parts as you can see in the pictures. A large amount of NOS and NEWparts. As most people know there will be a part or 2 missing when it comes to a project. . We spent hours going throughand trying to sort out what all was there. There are multiple pieces of the same part.You get all the Corvette parts & pieces that go with the car. A CLEAR KANSAS TITLE?. Yesit has one. The frame needs restored. He started with the bodyand drive train and that iswhat he was doing until his passing . I tried to describe this car as best I can. If youhave any questions.Please feel contact me!! See Large pictures below over 90 to look over. < 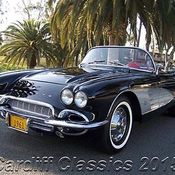 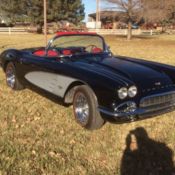 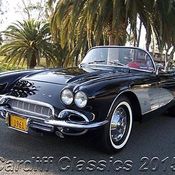 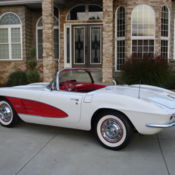 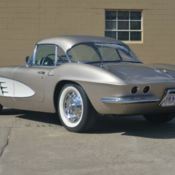 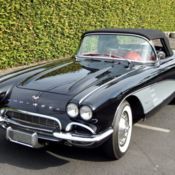 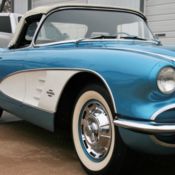 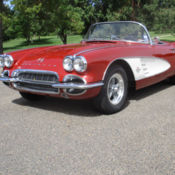 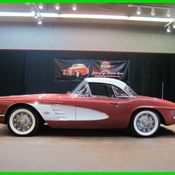 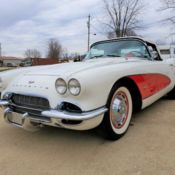