By the mid-'60s, Chevy had all aspects of their true American sports car completely dialed in. Second generation Corvettes were unabashedly futuristic, as they were directly inspired by concept cars of the era that had wowed audiences on the Car Show circuit, and were equipped for action on a level largely unmatched by anything else Detroit made readily available to the public. This 1966 Chevrolet Corvette 427, sporting an unusual degree of originality and harboring it's matching numbers big block...Â under its hood, is a great example of just how stellar Chevy's work proved to be. Put this '66 next to Chevy's Mako Shark I concept car and you'll see the striking resemblance right away. While over the years manufacturers have often tended to use their concept cars as show circuit eye candy meant to be only a loose suggestion for upcoming models, Chevy stuck closely to their inspiration, adding just a bit of refinement, as well as a pair of very stylish chrome vents, to its gracefully scooped hood and placing additional vents that undeniably resemble shark gills where sidepipes had previously exited from the engine compartment. With its hidden headlights and tapered rear windshield, it stands boldly apart from any other model of its time, and still clad in its original Nassau blue shade - and ornamented with an array of clean chrome, straight and level bumpers and very sharp badging - this 'Vette holds all the magnetic curb appeal that has made it an honored resident on classic car calendars and a coveted dream car for enthusiasts over the decades. The bright blue vinyl interior sitting inside the doors has been thoroughly refurbished while still retaining both its original color and configuration. It's not hard to see why - Corvette interiors of this era provided an unmatched driving environment, and this one is a real stunner, with its aeronautically inspired, dual cove dash configuration and extensive array of factory gauges still easily readable in their textured black instrument cluster. When you tally up all the other outstanding visual features on display inside - the museum-worthy, chrome plated shifter, the passenger side panel with its distinctive script, the generously proportioned analog clock and the vertically positioned AM/FM radio being among them - it must have seemed at the time this car was released that its manufacturer was intent on running up a figurative score to prove a point. Climb in, and you can't help but feel drawn to get out on the asphalt as you settle into one of the fresh-looking bucket seats sitting over an expanse of clean blue carpeting. The original, numbers-matching engine stands ably by, featuring a 427 cubic inch V8 - the largest displacement offered at the time of its release, and good for 390 horsepower - as its foundation. It pairs with a 4-speed manual transmission to offer the "hands on" driving experience befitting the car's elevated status. While its competitors were still making disc brakes an option on their performance cars, Chevrolet went all in and armed their performance machine with discs at all four corners for dependable, fade free stopping power. And while solid rear axles were about the only game in town elsewhere, you'll find an independent rear suspension on display here that was well ahead of its time and affords this Corvette the ability to handle sharp corners and uneven surfaces with outstanding agility as it carves the asphalt on a set of 15" Corvette spinner wheels armed with BF Goodrich Silvertown radials. This 1966 Corvette 427 is a great looking specimen that represents the pinnacle of American automotive design of its era and would be a great acquisition for the serious enthusiast. Call today! 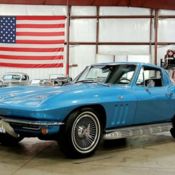 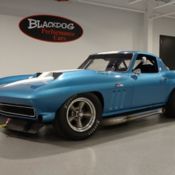 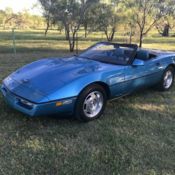 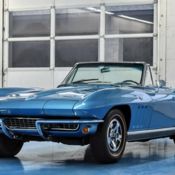 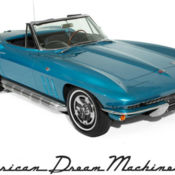 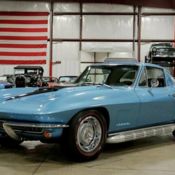 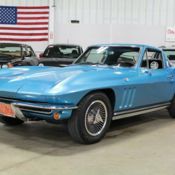 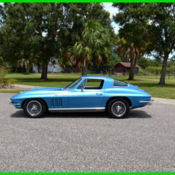 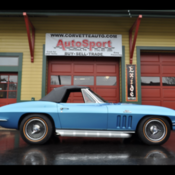 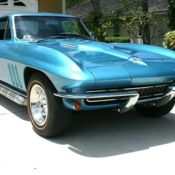