Miles-60,400 (Actual, and documented, but selling EXEMPT, because of age.)

This is an alumni car. We had it a year ago and sold it to an enthusiast for family outings. Now the daughter needs a car with air bags and cup holders, so there's no room for the Chevy II so we re-purchased it. A water pump and 4 shocks have been added in the last year, and they only drove it a couple thousand miles.

South Carolina barn find! Car was purchased new by a school teacher lady here in SC who willed it to her nephew. He stored it 17 years under blankets in his warehouse, and a South Carolina collector bought it from him in 2005. At that time, he had it refinished in the original color of Ermine White and had the largest-offered "Hi Thrift" 194 ci 6-cylinder engine rebuilt. The white convertible top has been replaced over the years also. Except for new carpet when it was painted, the red interior is original. Car has 60K documented miles and has never been rusty. Other options include the "bow-tie" factory seat belts, Powerglide automatic transmission, and power steering. After repainting, the car has been warehoused and driven only in parades accumulating less than 3,000 miles since repainting and the engine rebuild.

We found it in his warehouse last year. It had not been started or driven in a couple of years, so we had to replace the battery and fuel pump. We installed the optional wire wheel covers, but the original wheel discs go with the car, as well as painted fender skirts, and the original convertible top boot. We recently rebuilt the power steering and the passenger window mechanism.

Tom Mack Classics has been trading in quality collector cars since 1980 and we are located near Columbia, South Carolina. Please call Danny Blocker at 803-600-6126 or Tom Mack at 803-351-3695 before 9:00 PM EDT to discuss this special convertible. Delivery & Financing arranged. As with all of our collector cars, this one is sold AS-IS, with no warranty whatever. If you want to check it out, fly in to the Columbia, SC airport and we'll pick you up. Independent inspections allowed as well.

Thanks for looking and please give us a call! 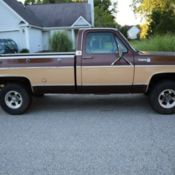 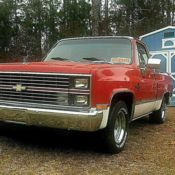 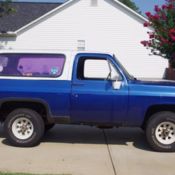 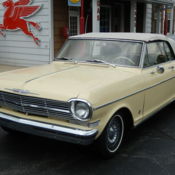 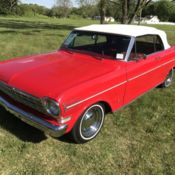 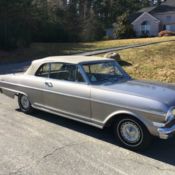 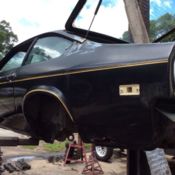 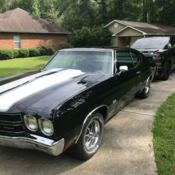 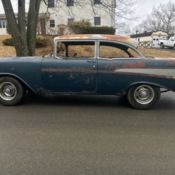 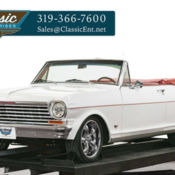