This is one of the most interesting and awarded pieces of NASCAR history you will ever be able to put in your own garage. Jack "Iron Man" Ingram is one of the most celebrated Busch Grand National racers of all time, and he took this exact 1972 Chevrolet Monte Carlo to the victory circle victory over and over again. Vintage racecars are really starting to have their day. We're beginning to realize that we need to cherish the few survivors....Â Most of our favorite cars were tools that were used until there was nothing left. That's what gets us so excited about this ex-Ingram car. His crew chief, the legendary car builder Banjo Matthews constructed the chassis. Ingram raced this one from 1974 until the fall of 1976, including his victory at the 1975 Daytona Permatex 300. It would then be handed down to other future Hall of Fame drivers such as Donnie Allison and David Pearson. The car enjoyed a long carrier because it had a reputation for being seriously quick (it even held a long-standing speed record at Charlotte Motor Speedway.) But you couldn't see much of that history left when the current owner bought the car 15 years ago at an auction. Next, he spent many laborious hours returning this car to the glory right down to the correct sponsors and famous #11 Ingram's celebrated bronze car. The current owner was rewarded for his efforts when this car spent 2014 in the Hall of Honor when Ingram was featured there at the NASCAR Hall of Fame in Charlotte. This Monte Carlo comes from some of the final days when stock cars were still based on what you could pick up at the dealership, but that does not mean you get a velour interior in this Chevy. Instead, this one is ready to go vintage racing with the period-correct seat, Simpson harness, and driver's net. There is no center console; just the fire extinguisher and roll cage. This is a pure race machine, and you know it because the tach is your largest instrument and the Hurst shifter is your brightest piece of chrome. Under the hood is a true competition motor that runs on race gas. It's a 364 cubic-inch V8 with a bored 0.30 kit and dry sump lubrication. It looks great with the classic Edelbrock Scorpion Intake manifold, four-barrel carburetor, and Moroso air cleaner. This is a 400 hp package that is backed up by a five-speed manual transmission and a full race chassis. You even get four-wheel disc brakes. And just in case you were thinking about trying to hang a license plate on this one, remember that law enforcement can hear you from a county away. After all, the long tube headers feed an unrestricted exhaust that exits right beneath the doors. So you can gain the attention of an entire show field with just a flip of the toggle switch. This racer has a full file with enough memorabilia and restoration photos that you could turn your garage into a shrine. Or better yet, you can make some new memories in this race-ready celebrated stock car. Like all race cars, this one is being SOLD on Bill of Sale only, there is no title for the car. Call today!!! 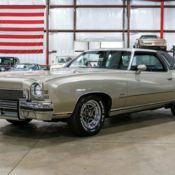 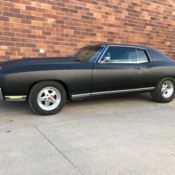 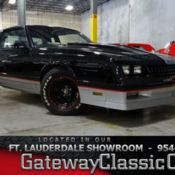 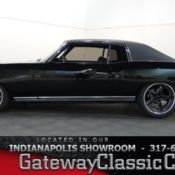 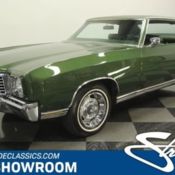 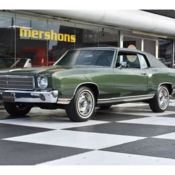 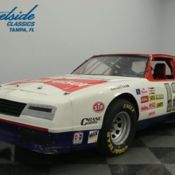 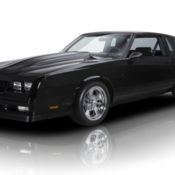 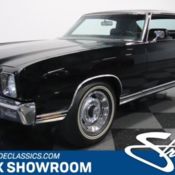 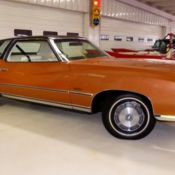