For your consideration is this 1952 Chevrolet 3100 Carry-All Suburban.
I purchased this vehicle in 2006 from a gentleman near Indianapolis. Going through old paperwork (registrations, insurance receipts, bank loan statement) that came with it showed at least two other previous owners. The oldest document shows it was in Los Angeles/Reseda, CA by the same owner from at least 1968 until approximately 1995. It then traveled to Des Moines, IA under the next owner. It looks like it was there until approx. year 2000. This same owner then moved (with the suburban) to Finland, MN around 2003. From there it made its way to the Indianapolis, IN area. I do have a title for this suburban. It is a clear Minnesota title issued in 2003 when that owner moved there. It has not been re-titled since.
It was always my intention to restore this truck, but I just have too many projects and not enough time. When I purchased it in 2006, I drove it home 40 miles. I did drive it a few other times after that, but just around the block. The last time I had it out was about 5-6 years ago. Since then it has been sitting, and currently is not running. With a little effort it will run again. The motor does turn over by hand.
A previous owner made some modifications to the truck. He lowered the front end with a Mustang 2 front end, put in a small block Chevy V8, a 1980s steering column, and I believe an accessory gas tank. Looks like it has a GM 10-bolt rear end as well. It does retain its original steel fenders and running boards.......no fiberglass parts! There is some rust in the truck, but is by no means a "rust bucket", and I tried to photograph those areas. It will need a new floor pan for the cab. The rear or the cab/front seat has its original wood floor, which appears to be fine and solid. The front doors appear to be fine and solid as well. Rear cargo doors are good other than some rust at the bottom of the left door. There are a few spots on the main body that will need small patches welded in for rust repair if restoring. Sheetmetal is surprisingly straight. The underside is fairly clean.....there is some old undercoating that is peeling and flaking off. Frame appears clean with no heavy pitting or scaling rust. There are cracks in a couple pieces of the side glass.....This is just flat glass, so easy to obtain and replace.
Here is your chance to own a unique vehicle that is seldom seen in today's world. Vehicle inspection is welcome by appointment. $500 deposit due within 48 hours of sale via paypal, cash, or.... Balance due by cash or bank check within 7 days of sale end. All funds must clear before vehicle leaves and title is released.
Please look at all 20+ photos. 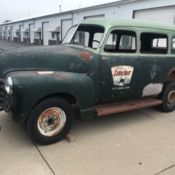 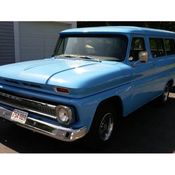 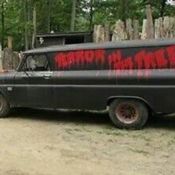 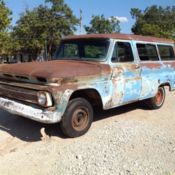 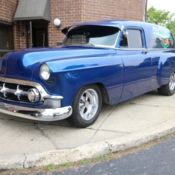 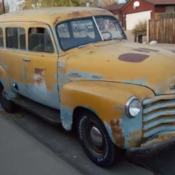 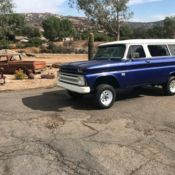 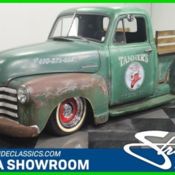 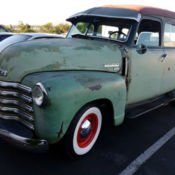 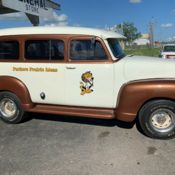