1967 Chevy Camaro for sale, NO RESERVE!!! This car has been in storage for over 25 years. It's Vin tag say originally was a California built car with a 6 cylinder. Was taken apart then to completely restore but it was parked till I acquired this beauty just over 2 years ago. But lack of time and too many projects force me to part with this gem. What i did in the last few weeks was strip the old painted surface down to the original metal, repair dents & very minor rust areas, epoxy prime & then apply a heavy primer over that. As you'll see, there is more necessary body work that will need done before paint but my concern was to see what the condition of the metal and seal it from any further rust before we went any further. This is a very solid car & floor pans are in excellent condition and very repairable with minor patching in 2 areas. Shifter hole has been cut open by previous owner to install a 4 speed. Car has clutch peddle installed as well. 396 bbc engine turns over freely and is date coded from 67-69, it hasn'tbeen running for decades but is fairly complete, the subframe is in GREAT condition and car appears to never been in an accident, no signs of pulls on the frame or torched areas either. The rear-endis a GM 12 bolt with the factorystabilizerarm that appearsto be out of a Camaro or Firebird. Roof panel has pitting but is still very solid without any holes. Water leaks from a garage roof above caused this because blankets were on vehicle during storage and soaked while car was covered. All glass is original. Original front inner fenders are in great shape.
Most everything in the pictures for the Camaro is included EXCEPT the manual transmissions 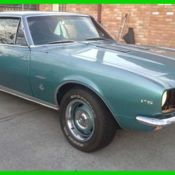 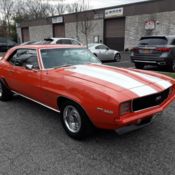 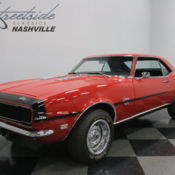 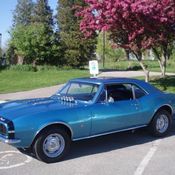 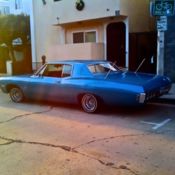 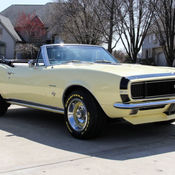 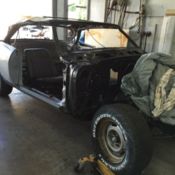 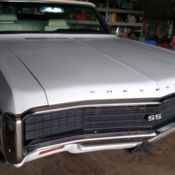 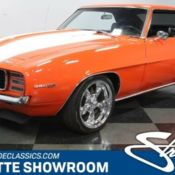 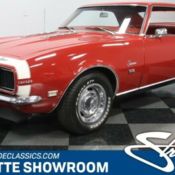