Beautiful Restored 1969 Chevrolet Camaro Z/28 X33 Rally SportRestored in 1997NOM Real Deal DZ 302Numbers Matching M21 4 SpeedBU Coded 3.73 Posi Rear Axle711 Standard Black Interior76 B Daytona Yellow with Black Vinyl TopX33 Z28 Rally Sport Trim PackageBuilt 12C December 3rd Week 196829,800 Actual Miles Documented on Clear Kansas Antique TitleRuns Great, Engine Runs on Synthetic Oil4 New Good Year Bias Ply TiresApproximately 5500 miles on RestorationThis is very nice car but it has been driven and it does have some imperfections as it was restored 20 years agoHeadlights work but can be stubborn at times, this is commonThis is an Early Short Spoiler Z/28, Spoilers may be late assembly line or dealer add on as there were taped holes under the rear spoiler for an original emblem location, however the second owners stated the car had a front antenna and the stripes were painted correctly on the spoiler when they purchased the car in mid 1969.Early Flat Hood Z/28Early Gauge Delete Z/28Early Picture shows that the car was originally and Endura Bumper CarCar was purchased new at PAPE Chevrolet in Long Island, NYOlder Picture was taken in 1969, there is also a copy of an early registration obtained from the second owners from 1975. I believe they said that was about the year they stopped driving the car.I have many original OEM and NOS parts that I would consider selling to the Buyer including a new complete Yellow and Black Houndstooth Deluxe Interior and OEM GaugesI have a spare and a jack, not picturedCar Sells to the Lower 48 States Only, Buyer is responsible for Pickup and ShippingAn immediate non refundable deposit of $1000 is required through PayPal upon PurchasePayment can be done via Bank Transfer or Cash in Person and is to be completed within 7 Days.If you have any questions please contact Bill @ Seven Eight Five Four Five Six Two Nine Six FourCar is located in Manhattan, KS 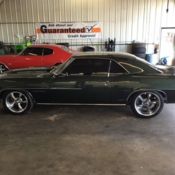 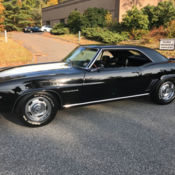 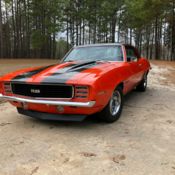 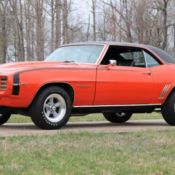 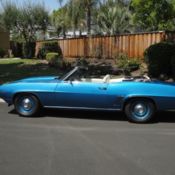 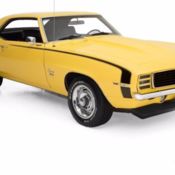 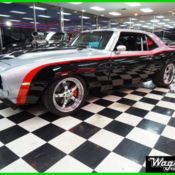 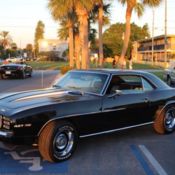 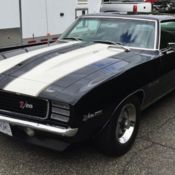 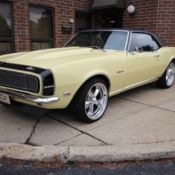