The Fleetline was introduced late in the 1941 model year as a four-door sedan. In 1942, a fastback two-door "Aerosedan" was also offered. In 1947, the Fleetline made up 71.26% of Chevrolet's sales.For the years' 1949 through 1952 models, the fastback was the only one offered, and Chevrolet dropped the Fleetline for 1953.

Exterior: The paint, chrome, and stainlesson the car are very nice. The car wasrestored in 2005 and was taken apart to be painted. There are some chips on the caron the passengers side that are pictured.

Interior: The interior including the headliner, seats, door panels and carpet were all redone when the car was restored and look very nice.

Engine: The 216 cubic inch, 90 hpinline six runs well and functions as it should.

Chassis: The brake system was justgone overwith a new master cylinder and the wheel cylinders rebuilt.

Bidders are welcome to look at the vehicle at 161 Museum Drive, Hershey Pa. 17033 by appointment only. We are open 7 days a week from 9:00 am to 5:00 pm. The vehicle has been part of a static collection and should be checked prior to regular service.

Shipping is the responsibility of the buyer. We will assist in loading the vehicle once arraignments are made for pick up. 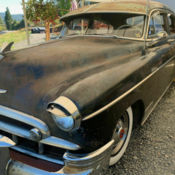 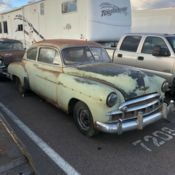 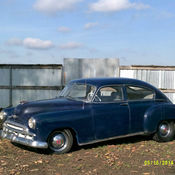 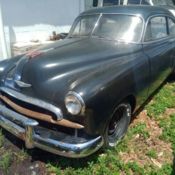 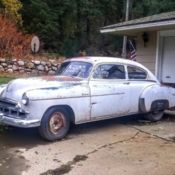 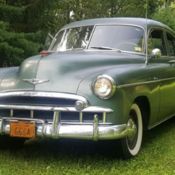 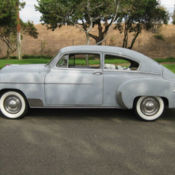 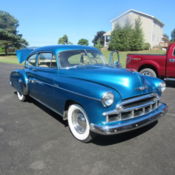 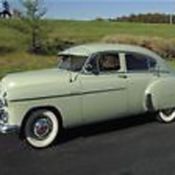 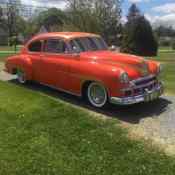