Collector cars can receive awards for many accomplishments ..... A beautiful frame off
restoration, restoration accuracy to the originals, level and quality of customization .... But the
one category looked upon with amazement is often the "survivor" or preservation awards. In order
to be such a candidate, the car must not only be owned and cared for by a true enthusiast, but
have been for its entire existence!! Presented here is a truly remarkable example of a 1963
Corvette Roadster.
Having recently been awarded the vaunted 4 Star Bowtie award from the NCRS, it is already
apparent this is a very special car. Purchased new at Dick Kraetz Chevrolet, it was a relatively
sparsely optioned car, painted Silver Blue with black standard interior, white vinyl roof and a body
colored hard top, the center piece of the car was the desirable solid lifter L76 327 rated at
340hp. The car lived its years in New Hampshire until 1973 when it was carefully tucked away in
a barn, wheels and original hubcaps removed and placed on jack stands. It was there that this car
remained, untouched and unmolested for years. Roughly 30 years later, stories of this 340 hp
roadster began to surface, once the original owner was tracked down, a deal was struck and the
Corvette changed hands for the first time since 1963. Carefully removed from its home and
seeing daylight for the first time in well over a quarter century, it was inspected; what was found
was better than could be expected. Original oil change stickers still on the underside of the
hood, the original hub caps still intact, dealer sticker on the back, original paint complete showing
but minor scars from years past, original L76 motor intact, stickers visible on the original
suspension components .... After this discovery it was deemed that a thorough cleaning was all it
needed. Hundreds of hours were dedicated to simply cleaning this incredible time capsule before
being presented to the experts at the NCRS. After being scrutinized by the judges, all the hard
work of preservation and detailing was rewarded with a 4 Star Bowtie Award, easily among the
most highly regarded and prestigious awards. How can you put a value of a true piece of Corvette
history??? Not to take away from the beauty of a well restored car, the original un-molested
examples truly are a dying breed with fewer and fewer examples around everyday, either finally
succumbing to the test of time or being fully restored with modern paints and materials. This is an
irreplaceable piece of Corvette history, a perfect center piece for any collection.

Car was judged in Gettysburg at the Regional received a 87.9 Second flight and Bowtie sign-off for all four sections.

Car was judged in Charlotte at the Regional received the Bowtie award.

The original delivery dealer was Dealer code 469 in zone 12.

The name and Address for the Dealer was: 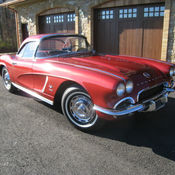 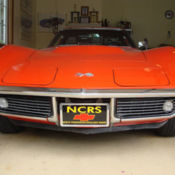 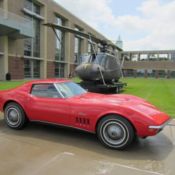 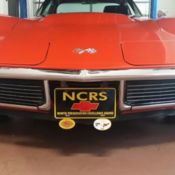 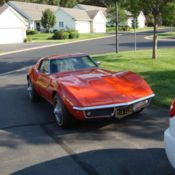 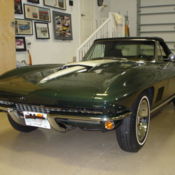 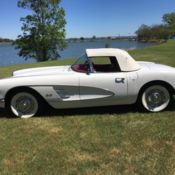 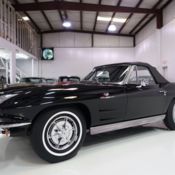 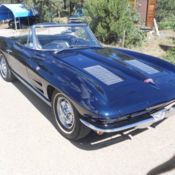 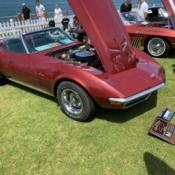