This '83 Camaro Z28 has had quite a bit of money put into it in the past few years. The seats, both front and rear have been re-covered in black leather with red stitch, along with the steering wheel. The old carpet was pulled up and sound deadener was installed, along with new padding and carpet. The headliner and door panels have also been re-skinned. The dash board was done in the same black with red stitch but looks as if it has warped and shrunk due to the AZ sun. Underneath the car, the front and rear swaybar end links were updated and both front wheel bearings were replaced. New front brakes were also added. The A/C has been converted to R134 and the 700R4 transmission was flushed, received a new gasket and new fluids. Hedman Hedders Elite Headers and Y-Pipes were installed and piped to Flowmaster mufflers. Unfortunately just a couple of weeks ago, it seems as the engine has gone south. The Camaro is running on low power and smoking severely. The consignor has spent over $15,000 to get the car to where it is and has thrown up his hands. It's time for a new owner to take over. This would be a great car for an LS conversion or a crate engine swap. Even an engine rebuild might do the trick and make this a great driver! Come by and see for yourself, there is a lot of work into this Z/28. Come in today! 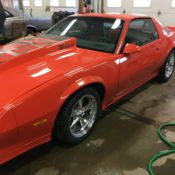 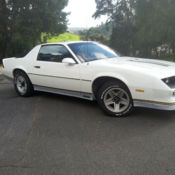 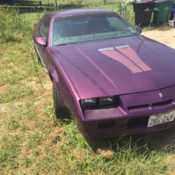 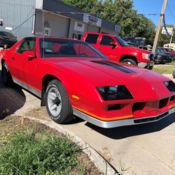 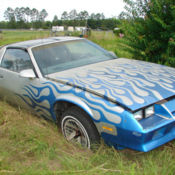 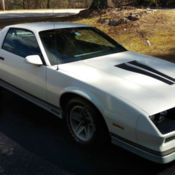 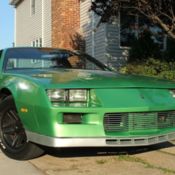 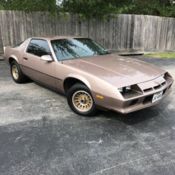 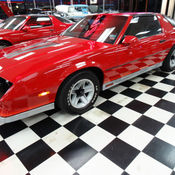 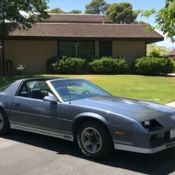