This 1969 Chevrolet Nova is exactly what you want in a muscle car. It has a mean stance, reat chrome, nd HUGE power. Best of all, his Nova has a sleeper-like look that will fool some at the stoplights, ut it has so many custom touches that real enthusiasts instantly know how cool this coupe really is.Originally a glacier blue car, hat lighter hue was not going to be right for all the mean machine upgrades for this Nova. So its been swapped for a darker, etallic blue that has a great sheen in the sunshine. Of course, he laser-straight body with uniform gaps help highlight the real attractiveness of this coupe. There's just something really cool about the profile on a Nova that has taller rear wheels and raised suspension. It gives the car an aggressive stance that goes beyond the SS badging, ike it's leaning in to really say, Don't mess with me!" But as much custom work that has gone into this car, t also gets respect with nice original touches, uch as the large chrome bumpers and the rally wheels.The interior is every bit as nicely finished, ith high back bucket seats, reat-looking door panels that include silver inserts, nd fresh carpeting. While this is comfortable for all five occupants, his Nova is clearly a driver's car. The three-spoke Grant steering wheel is a smaller diameter than standard to help take advantage of the power steering. Under the dash there are new gauges for oil, ater, nd power. These are the first indications that there is something special under the hood.We've been alluding to the power given off by the monster powerplant, nd now it's time for all the details. Usually the advantage of a 383 cubic-inch motor is that it combines big block power with small block weight, ut this one goes one step further. The V8 in this Nova is a custom build lightweight all-aluminum engine. Added to this package are go-fast goodies such as the aluminum heads, SD electronic ignition, oroso air cleaner, erformance intake, nd Jet-Hot coated headers. The full package was dyno tested to produce over 500 hp - that's right, ou're running plenty more power than a new Corvette! Plus, here's a cross-pipe Magnaflow exhaust, hich lets off a rumble that's more intimidating than a drill sergeant. Getting the power to the ground is a 10-bolt rear end running 3.36 gears. While we mentioned earlier how good the period-correct rally wheel package looks, hey were hiding a secret. This Nova is riding on Cooper Cobra GT tires for exceptional modern grip in all conditions.This is a Nova that has such a beast under the hood that it over-delivers on its pavement-eating appearance. Best of all, ou can pick up the new king of the streets for less than $27K. Call Now!! 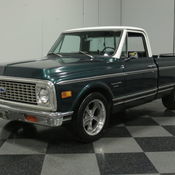 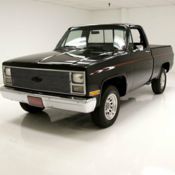 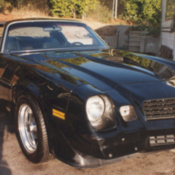 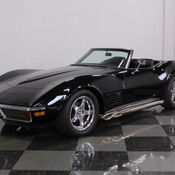 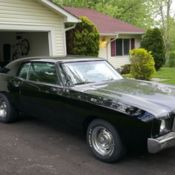 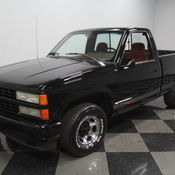 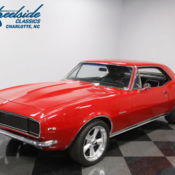 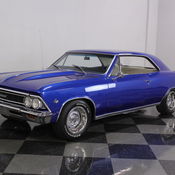 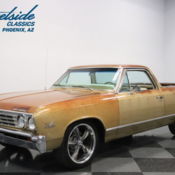 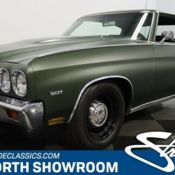