1969 kingswood 427/335hp turbo 400, factory posi,Â power steering and power disc brakes,Â 6 passenger station wagon. 116,612 miles believed to beÂ original per owners diary. Original matching numbers car, block casting #3955270, front pad T1019LE 9C010127, head casting #3931063 dates j 10 8 and h 7 8, also original intake manifold and freshly rebuilt original carburetor. My dad purchased this car in 2004 from the original owner who special ordered it while in the military in 1968Â and it wasÂ last licensed in sept. 2001, it sat in the barn the last 13yrs at my dads, all work on the car has been done within the last couple months, the car was delivered newÂ to EdÂ Randall Chevrolet in Portland Oregon. I have all the original order forms, window sticker, build sheet and receipt for the purchase of the car also a notebook that the original owner kept records in throughout the years of ownership. The body of the car is in great shape it was repainted at some point which is noted in the owners notebook, the paint is wearing thin but is still presentable and gives the car a bit of character, it has been waxed and is extremely smooth, the bottom of the front fender have some rust which is not uncommon also had a blowout on the drivers rear at some point and tweeked the lower point on the quarter panel. The rest of the car is extremely solid, floorboards are in great condition, around the rear windows is solid the trunk pan area is excellent shape the bottom of the tailgate is also in fantastic shape it opens in both directions and has a manual window that works great, has the factory roof rack which has been extended and looks factory,Â the underside of the car is as good as you'llÂ find on an old chevy wagon. The interior of the car is in great shape for it age, the front seat does have a split as seen by the custom duct tape, the seats are pretty hard and could use some vinyl conditioner, the door panels are in great shape with the only thing being the arm rests, dash pad is great, headliner is in the car but has letÂ go at the front seam and is in need of repair dome light doesn't work. The car runs good and shifts great, to my knowledge the engine has never been rebuilt of out of the car for that matter so it may be a little on the tired side but it still gets the job done. The freeze plugs on the sides of the block were just replaced along with new motor mounts, new fuel pump, upper and lower radiator hoses, belts, thermostat, plugs, plug wires, cap, rotor, points, valve cover gaskets,Â new original style fuel filter, air filter, and brand new aluminizedÂ 2 1/2 in dual exhaust with flowmaster mufflers,Â as mentioned the original quadrajet was also completely gone through. I just recently installed all new suspension throughout the car, upper and lower control arms front and rear were sand blasted and then repainted, installed new moog components, the front consists ofÂ upper control bushings, lower control arm bushings, upper and lower ball joints, inner and outer tie rods and adjusters, strut rod bushings, nos moog center link and idler arm, sway bar bushings and end links, and new Monroe shock, also new front and rear brakes along with a new master cylinder. The rear consisted of new bushings upper and lower trailing arms, front and rear also replaced panhard bar bushings and installed new Monroe shocks, pulled the drive shaft and installed new u joints front and rear, also drained rear differential and put in new gear oil and resealed. The rally wheels on the car are original 15x7 on the front and 15x8 repop on the rear, the tires are bfg's and are virtually new but have been sitting so many years that they are beginning to crack and should be replaced. license plates do not go with car.Â LESS THAT 5 FEEDBACK WILL BE DELETED UNLESS YOU CONTACT ME FIRST If you have any questions or want more picture of the car you can contact me directly 253 677 3558 Tim 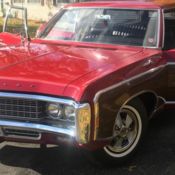 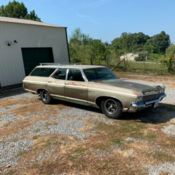 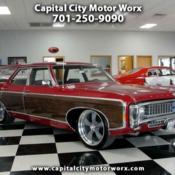 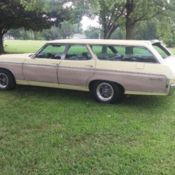 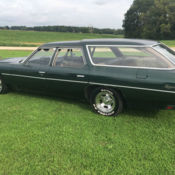 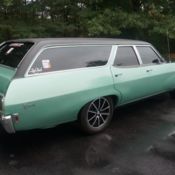 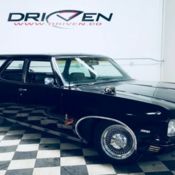 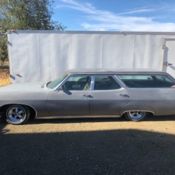 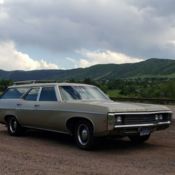 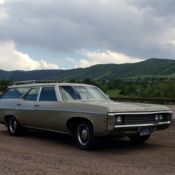