Up for sale is my 1955 Chevrolet 3100 Second Series Pickup. As you can see in the pictures, it has been finished in a "Shop Truck" theme. This truck was built in Los Angeles, and I purchased it from LA County in December 2015. It is believed to have never left the Los Angeles area 'til then! The truck is as straight, solid and rust-free as they come. zero rust in the floors, cab mounts, cowl, or anywhere else. Just light surface rust underneath, but the frame doesn't even have any pitting! The lower cowl where the fenders bolt on is perfect. It is powered by a 2001 Camaro Z28 LS1 with an LS6 cam upgrade. Should be making 380-400 horsepower, and it certainly feels like it! I purchase the Z28 with a salvage title, and I have a copy of it showing 57,000 miles. It was a 6-speed car, but I didn't want to cut the floor of the truck, so I converted to a 4L60E with full electronic control, including torque converter lockup. The transmission is built to handle 450 HP, and a full Trans-Go shift kit was installed. The ECM was sent out for a custom tune, removing the torque management, all smog, and of course, the anti-theft system. It will run on 90-91 octane, but I use 93. I also installed the Torsen posi from the Z28, along with an upgrade to 4.10:1 gears. I welded custom perches on the axle tubes, did a leaf spring flip, and even installed the torque arm from the Z28 to completely eliminate wheel hop. Needless to say, traction is limited! It'll smoke the tires from a 20-30 mph roll, bang 2nd gear, and fishtail some more! The great part is the excellent control over the truck due to the suspension, brake and steering improvements. I installed a complete Mustang II front suspension complete with tubular control arms, coil-over shocks, modified Z28 stabilizer bar (anti-sway), power rack & pinion steering, and of course, power disc brakes with drilled and slotted rotors. As seen in the pics, the ECM is mounted on the firewall where the battery was, the battery is mounted behind the seat where the gas tank was, and the gas tank is under the bed where the spare tire was! We don't need no stinking spare! The interior was kept as bare-bones stock as possible. I did install the tilt column from the Camaro, and the turn signals and high-low beam switch work. The only thing that functions in the gauge cluster is the gas gauge, the turn signal indicators, and the high beam indicator light. There is a relay box, fuse box, and the data-link (for scan tool) under the dash below the glove box. There are wires under the dash for an electronic speedometer and tachometer. They are marked and ready to use, I just never saw the need. put it in drive and go. It is programmed to shift at 5800 rpm, which is right where you want to be. All in all, this is one solid, fast, and great handling truck. The sound of the 2-1/2" exhaust is intoxicating as well! As you can see, it has been lowered about 5" for what I feel is the perfect stance. It handles like it's on rails, and stops on a dime. This truck gets more attention at the car cruises and on the street than most high-dollar show cars and street rods! A couple of the pics show the truck at my buddy's shop before the headlight bezels were installed. I've also installed the wiper arms. The wiper motor works, but is not hooked up to power. I prefer the truck without the wipers anyway, but it'll be the buyer's choice. As you can also see in the pics, the hood ornament, fender spears, and fuel inlet were removed, and the holes filled for a cleaner look. Please feel free to call me at 724-523-2947 with any questions. The best time to call is between 10 a.m. and 11 p.m. eastern time. I'm open to offers, and might be willing to do a partial trade on a C5 Corvette, or a 2005-2009 Mustang GT. I'm located in Jeannette, Pennsylvania, just off US Rt. 30, 30 miles east of Pittsburgh (go Penguins!), and 4 miles from PA turnpike exit 67. My zip code is 15644. The title is free and clear and in my name. Thanks, SteveOn Apr-22-17 at 10:43:04 PDT, seller added the following information:

There are aftermarket gauges mounted under the dash. They include oil pressure, water temperature and voltage. The engine is, of course, an all aluminum LS1, 5.7 liter. I can be contacted directly at menos67@comcast.ne, or call me at 724-523-2947. No texts. Thanks, Steve

I have a nice set of spare bumpers, including bumperettes for the front, plus a nice set of polished bed strips that will go with the truck if the reserve is met, or a deal is made. 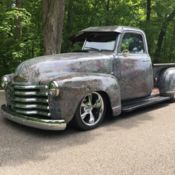 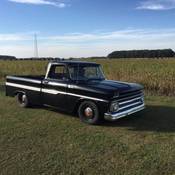 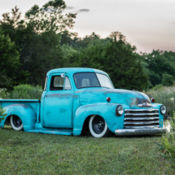 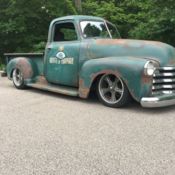 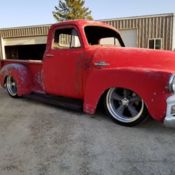 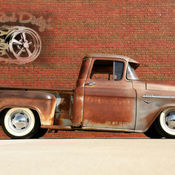 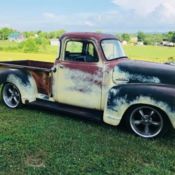 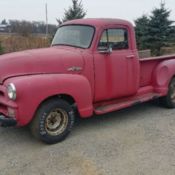 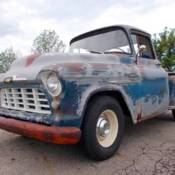 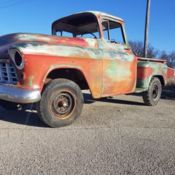