This beautiful truck that has had a frame off restoration in 2001. There has been less than 2000 miles put on it since. It spent a lot of time in a pole barn until I bought it and have freshened it and put it back on the road.
The best body and paint guy restored this truck for himself and it shows. For being a 16 year old paint job it is pretty close to being perfect. It is lazer straight and does not show much age. It has a beautiful black finish and I would rate the body and paint a 9.5 out of 10.
Engine: This has a GM Goodwrench crate 350. It was good for 300 horsepower and has flat top pistons and a nice camshaft. It has a 4 barrel carb on it and it starts and runs fantastic. Transmission is a 700r4 and it shifts good and was new as well when the truck was restored.
Interior: The interior is driver quality with brand new carpet and a seat that does not have rips but shows a little age. It has power windows and A/C. The dash needs to be replaced and I have included a N.O.S. dash that has never been installed. The radio works and the gauges and lights work. The headliner is showing its age but all in all it is a good driver quality interior. A new interior could definitely take this truck to the next level but I will let the next person decide how they want to do it.
The frame was painted and the underneath looks great. No rust underneath of the truck and all the breaklines and such are in tact. When the truck was restored the gas tanks were both replaced with new ones. The exhaust is in great shape and does not show age as if it has been driven in the weather.
Things needed to put this truck to a 10:
- Both inner fender wells have started to rust where they are attached. This is a very common problem in these trucks and are a cheap fix.
- As I noted earlier the interior is driver quality and could use freshened up
- The engine bay could use detailing. It runs so great that I don't want to mess with anything under the hood.
-leaks a small amount of transmission fluid around the output seal. Another cheap easy fix that I have left alone because it does not leak a lot. 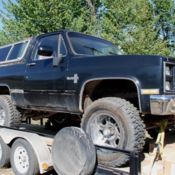 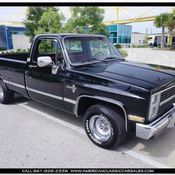 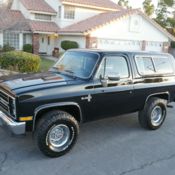 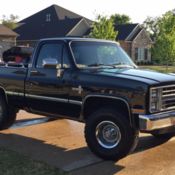 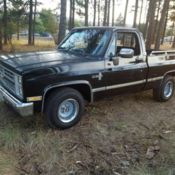 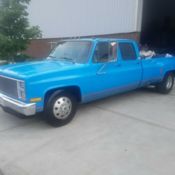 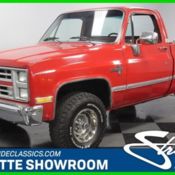 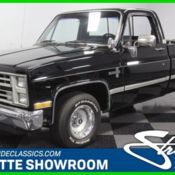 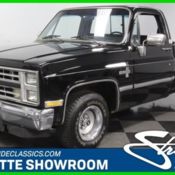 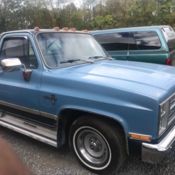