1979 Malibu Classic Landau
The story that I got when I bought it is that it sat under the elderly original owner's carport for many years until their son inherited it. It seems clean enough to fit that story, unmolested until I got it, even has the original AM/FM radio that works. I have no idea if the mileage is original or if it's rolled once, but it is clean enough to be original. it has a service sticker on the spacesaver spare from 1991, and that shows 52,000 miles. Originally a 305 car, I bought it, installed the rebuilt GN rear that I had left from another G body (hardly any miles on it), and then shortly after the .040 over 400 SBC. Not sure of the HP, but it's a lot. One of the faster cars that I have owned. It really needs slicks and rim screws to do anything serious...with the radial T/As on the back, it lights them up with a moderate amount of gas. Not perfect by any means, but very, very clean. Basically an extremely nice Malibu with a $6500 engine, $2500 rear end, and $1000 transmission.
I just installed $650 worth of new Quick Fuel Slayer 750 vacuum secondary, Holley 110 GPH mechanical fuel pump, and braided line from pump to carb.
The A/C worked fine before I did the swap, but it needs an aftermarket bracket on the side to clear the header, a belt, and to be recharged.It was repainted before I bought it, a good paint job, but not show quality. I would classify the paint as decent. It does have bubbling under the vinyl half top on the sides and the top. I've had it about 2 years, and it hasn't progressed any further. I suspect that the top may have been glued on over primer after it was primed, and that area not painted. Lowered with new American Racing 15 x 7 80s-style wheels and 255/60/15 rear, 235/60/15 front tires. Suspension is stiff but not horrible by any means.
Just drove it to work and back the other day - 125 mile round trip @ 70 MPH - no issues, just loud (used GPS on phone for speed - speedometer is basically pegged when doing 70 MPH).
It did just sustain a small dent on the lower driver's door - see the last pic. My kids slipped when moving a hood that I had sitting next to it, and it hit the door.
See bullet points below, and see the embedded video, which shows it running and has many more pics and video. It also has some pics from during the engine build and undercarriage pics. Clean title in my name. The next-to-last pic shows the short block before it was assembled.

·None of the rear frame rot that G-bodys get, and no major rust

·Pump to carb lines all braided

·Spot of bubbling under the paint on trunklid above trim

·A/C needs a side bracket for the header, a belt, and recharging. It worked fine before engine swap.

·Bubbling under vinyl half top on the sides and the top

·A-pillar trim needs replacing – I have a great used pair that needs to be dyed.

·Cruise control does not work

I prefer this sale to be finalized in person so there are no surprises, and no potential issues with transporters. If you decide not to buy the car after you see it in person, your deposit will be refunded.
Deposit through paypal, and balance due in cash, or if you prefer, there are several major bank branches located near me in Dallas, Ga. where you could cash a cashier's check or withdraw money and hand me cash at the bank. 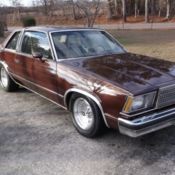 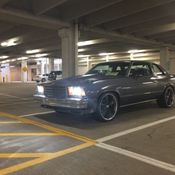 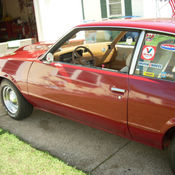 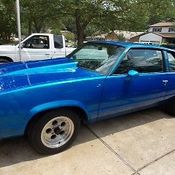 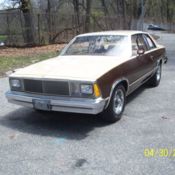 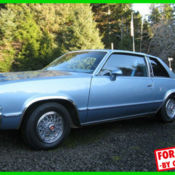 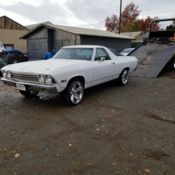 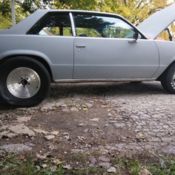 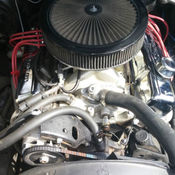 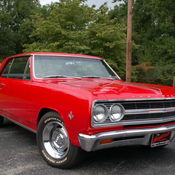