There's really no such thing as an undesirable C2. Thankfully, they couldn't all be Tri-power screamers. But, to the bane of variety, a lot of incorrect Vettes are running around pretending to be something they're not. That's why this refreshing '66 roadster is so appealing. Originally purchased as a small block curve carver, evidenced by its original 327/4-speed drivetrain, it features requisite Rally Red over Black aesthetics that are both timeless and attractive. And it is, after all, a Top Flight Sting Ray, which means there's a built-in level of style, value and exclusivity that most cars simply can't match. So, if you're in the market for the quintessential rendition of a top-notch example of America's favorite sports car, this incredible roadster could be the literal interpretation of your next classic!

Assembled in January of 1966, and sold through H&B Chevrolet of Charleroi, Pennsylvania, this classy Vette likely spent the first 49 years of its life in the hands of one loving owner. That owner was in the process of having the car professionally restored when, sadly, he passed away. In August of 2015, the car's second and current owner purchased what was a relatively complete build and had it shipped to Finksburg, Maryland's East Coast Restorations for paint, a second engine freshening and final assembly. In January of 2016, this Chevy rolled out of the restoration shop as a completely reborn classic. And in September of 2016, it scored 96.7 out of 100 points at the NCRS Carolinas Chapter Fall Meet to earn coveted Top Flight honors.

Thanks to a renewed dedication to motorsports and heavy influence from the original Mako Shark concept, the second-generation Corvette presents a sporty, hard-edged appearance. At the front of the car, bullet-style marker lights, show worthy bumpers and a red, white and black cross-flag emblem cage a monochromatic, stainless-trimmed grille. Behind that grille, a sculpted hood flows to fresh glass that's traced in straight stainless trim and capped by tight black vinyl. At the sides of that hood, rich fender emblems and a classy bowtie mirror ride between simple heat extractors, traditional door handles and dent-free rocker guards. And at the back of the car, a chrome-trimmed tag bracket and two more show worthy bumpers frame a power antenna, a chrome-trimmed fuel filler, a correct "Corvette STING RAY" emblem and dual-mode tail lamps.

Tilt this Corvette's lightweight hood and you'll find an original 327 that hangs a familiar 3858174 casting number behind a correct "HE" suffix stamp and matching 111198 partial VIN. Bored .030 over and fitted with a smooth roller cam during the car's detailed restoration, that high performance small block twists big compression into big horsepower and ample torque! At the top of the spry mill, a polished air cleaner funnels wind in to a correct Holley carburetor that's threaded onto fresh stainless fuel lines. Below that juice box, a cast iron intake perfectly complements stamped steel valve covers, which cap reliable Chevrolet heads that are finished with big, 2.02 valves. At the back of that intake, chrome-cased ignition shoots spark through stainless sleeved wires. And at the front of those wires, a Harrison-branded radiator cycles coolant through pliable GM hoses and authentic tower clamps. Naturally, brilliant Chevy Orange paint coats the engine from its clean oil pan all the way to its painted oil filler and, as always, looks great against GM's Satin Black bay. As expected, correct textures and decals are present and accounted for. And details like an era-correct alternator, a familiar Harrison expansion tank and a reproduction battery ensure this Chevy runs every bit as good as it looks.

Flip this small block Vette upside down and you'll find a solid chassis that's in good shape, and today, looks much as it did when it rolled off the showroom floor. At the center of the car, a VIN-stamped Muncie hangs a correct 3885010 casting number over a Muncie (P) assembled on January (01) 10th (10) build stamp. At the ends of the car, a fully sorted double A-arm front and independent rear suspension is completely detailed down to its fresh shocks, correct springs and optional power steering. Above that rebuilt suspension, original, never-hit floor tubs, which look factory fresh in every way, are bolted to a straight, Satin Black frame. At the corners of those floors, power disc brakes mix good handling characteristics with quick and solid stops. There's a baritone exhaust system that follows cast manifolds and aluminized pipes with factory-replacement mufflers and polished stainless tips. And everything rolls on Gloss Black steelies, which twist 7.75-15 BF Goodrich Silvertown whitewalls around ornate spinner covers.

Open this Chevy's tossable doors and you'll find a correct Standard interior that perfectly accents the car's bright red facade. Seating comes courtesy of firm vinyl buckets that are anchored between factory seatbelts, bright stainless trim and a small chrome shifter. From the driver's perch, stock gauges bleed onto their bordering panels in a march toward a quartz-movement clock, a Delco AM/FM radio and an aluminum-trimmed glove box. Below those gauges, like-new carpet is protected by thick floor mats and bright sill plates. Above those sills, stainless-trimmed door panels hang modernist armrests below traditional handles. In front of the driver, an attractive Chevy Rally Wheel laps a classy cross-flag emblem. And behind the passengers, a fully carpeted storage compartment boasts enough room for a weekend's supply of clothes.

In the modern collector car market, there is certainly no shortage of big block show queens and over-restored pro-tourers. That means sympathetically revitalized pieces like this Top Flight roadster could become increasingly rare. With its spirited 327, tough 4-speed and excellent restoration, this is a valuable car that you can drive and enjoy just as Duntov intended. If that sounds like a good way to spend your Saturdays, pick up the phone and become the proud owner of one of Chevrolet's best! 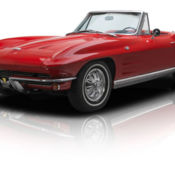 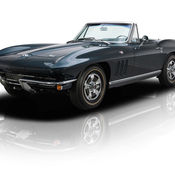 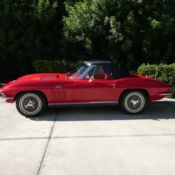 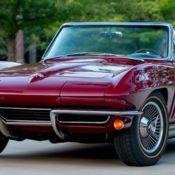 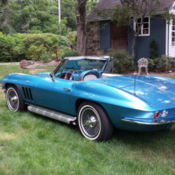 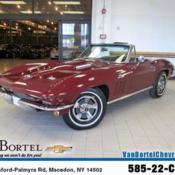 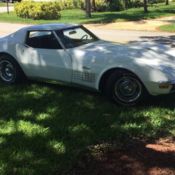 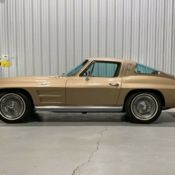 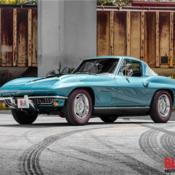 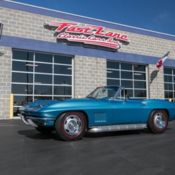