Although it is not a Nickey manufactured Camaro that I am sure of...it’s my idea of how my Camaro would have been, if made there. I wish I knew the full history of this car, but I dont. Nickey Camaros can sell for $150,000 plus...This Camaro will rise in value in the years ahead, as interest is gaining on these very rare early big block 4 speed cars.

No Leaks. No Smoke.

Body wise, this Camaro from California is exceptional for an unrestored car of 50 years.

Barn Find thats been in storage for several years in a sealed garage.

Has an older repaint on it that is showing some age but has an awesome vintage patina. The "old school" interior is in very nice shape...but new seat covers and door panels could easily be installed if you prefer to be like other Camaros out there.

"Nickey Chevrolet was originally established in the 1920s at 4120 Irving Park Road. (at the corner of Kedvale and Irving Park Rd.). When the Kennedy expressway was built in the 1950s Nickey Chevrolet moved to 4501 W. Irving Park Road in Chicago. Ultimately, Nickey Chevrolet grew to a huge 200,000-square-foot (19,000 m2) facility. Nickey Chevrolet began its high performance parts business in 1957 and immediately went racing with tremendous success. Their "Purple People Eater" Corvettes became famous and soon everyone knew that Nickey was spelled with a backwards "K". Nickey helped create the Super Car Genre. Nickey Chevrolet became General Motors largest volume selling Dealership for both vehicles and parts, many of the High-Performance variety.The service department specialized in engine swaps, transplanting 427 Cubic Inch displacement (CID) "Big Block" Chevy engines into the very first 1967 Camaros, and soon there after into Novas, Chevelles, Impalas and even Corvettes. In fact, Nickey Chevrolet modified hundreds of cars to their customers’ specifications. A customer could walk into the dealership, pick out a car, and then have it modified to their taste; anything from a street sleeper right on up to a NHRA National competitor. Nickey Chevrolet’s Stage I, Stage II, and Stage III conversions are considered by many enthusiasts to have been the high point of the Muscle Car movement, and are amongst the most sought after and desirable of collectible Muscle Cars.Most of these domestic Super CARS are maintained in museums or private collections and are rarely seen in public. The 454 (CID) Big Block engine was added to the option list in the 1970 model year and any other part imaginable was available through Nickey's extensive parts department.The dealership was sold in 1973, and became Keystone Chevrolet. The key players who built Nickey's performance cars and image moved to a new location on Milwaukee Avenue in Chicago. The New Speed Shop and Automobile Conversion Center was named "Nickey Chicago". They continued to build legendary Hi-Performance Chevys until 1977 when the speed/performance shop finally closed its doors." (Copied from Wikipedia)

PRIVATE SELLER / NOT A DEALER

If you need to ship the car... I can help you locate a reasonable car shipper...and I can assist in loading the vehicle.

Car is in FORT LAUDERDALE, FLORIDA. Feel free to have the car inspected by a mechanic of your choice prior to auction / sale close. Final Sale & Sold As Is / Where Is. Please inspect before purchase. Buyer responsible for any shipping or delivery. A $2,000 Non refundable deposit due within 24 hours of auction close or purchase, balance due via cash or bank wire transfer within 3 days. Please verify that you have funding, space, and permission to get this car. Please no bidders with a score less than 10 without prior contact. Car is also for sale locally, so auction may end at any time. 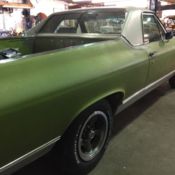 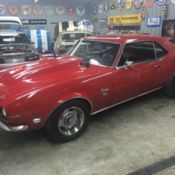 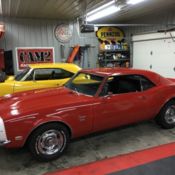 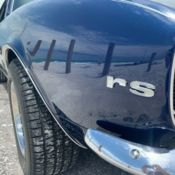 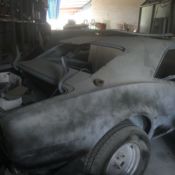 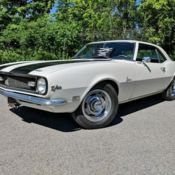 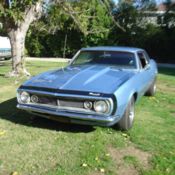 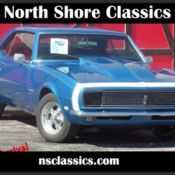 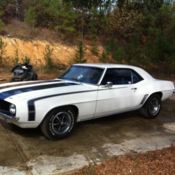 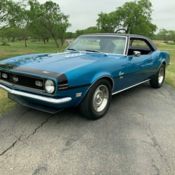