Introduced in 1958 as Chevrolet’s first endeavor upmarket, the Impala proved GM’s full-size car had the strength to be all things to all people. It was the ride your upper class neighbors enjoyed and, like the original Bel Air, it wholly embodied the time of its creation. With that in mind, the restoration of this awesome, third generation hardtop involved a mix of nostalgia and convenience that created a better-than-new cruiser. Amenities like a correct 409 and smooth 4-speed manual transmission make this the perfect car for fun drives while classic lines, a plush interior, and miles of Victory Red paint are sure to keep collectors happy. If you’re looking for a spectacular classic that’s road ready, show ready, and just plain ready to go, this bold-faced bowtie is a whole lot of metal for the money!

This top-of-the-line Hardtop displays textbook bodywork that simply glistens. A lot of time and effort was put in to making sure the car’s profile was extremely straight. That time was well spent, as better-than-factory fit perfectly hinged pieces that move freely and close with a solid thunk. And those thunks are bathed in a rich layer of Victory Red basecoat that’s been sealed in durable clear and buffed to a spectacular shine.

Chevrolet’s third generation Impala is a stylish piece that, with its absence of excessive chrome, suggests GM had officially left the tailfin-induced bender America enjoyed throughout the ‘50s. At the front of this sleek showboat, a broad stainless grille hangs four halogen headlights and small amber parking lamps between an decorative Chevrolet crest, a blocky “CHEVROLET” script and a mirrored, wraparound bumper. At the top of that grille, subtle hood spears lead the eye to new tinted glass that’s cleared by bright wipers. At the sides of that hood, dent-free rocker guards, and SS-specific trim spears found bold “IMPALA” scripts beneath traditional cross-flag emblems and “SS” quarter badging. Opposite those guards; correct door handles and classy bowtie mirrors perfectly complement optional edge liners, ornate fuel filler trim and angled antennas. And at the back of the car, a stainless-trimmed, engine-turned valence hangs six familiar taillights between a second Chevrolet crest, a small “CHEVROLET” script and a second wraparound bumper.

In the early days of America’s horsepower wars, Chevy’s 409 was arguably the go-to choice for most racers. There was simply nothing else on the road that could touch its street-ruling horsepower. And that made cars like this sculpted Hardtop feared and equally admired. At the top of its “QC” branded mill, a single-snorkel air cleaner forces oxygen in to a coated 4 barrel carburetor, which is fed through an old school AC fuel bowl and polished fluid lines. That proven 4-barrel tops a factory intake, which wedges a chrome oil filler between factory heads and chrome valve covers. Those valves send spent gases in to correct, cast iron exhaust manifolds and a 2.5-inch, true-dual exhaust system that’s characterized by a deep, vintage roar. That roar is the product of sparks sequenced through an MSD Blaster 2 coil, and trusted AC Delco Packard TV R Suppression cables. Those sparks are generated by pliable V-belts, which spin a AC Delco alternator and leak-free power steering pump behind a factory radiator, and correct pulley fan. And this B-Body’s entire engine compartment, from its Chevy Orange paint and Black fenders to its clean battery and cool washer bottle, is nicely detailed and ready to show.

One look under this sturdy cruiser reveals a solid X-frame chassis that’s just as ready for the road as that legendary 409. Torque meets the pavement through a correct Manual 4 speed transmission, which spins a factory rear end. Holding that virtually unbreakable drivetrain off the ground is a restored double A-arm front and 3-link rear suspension. That suspension’s handling is greatly enhanced by power steering and manual drum brakes. Exhaust flows from the aforementioned manifolds to quality glass pack mufflers. The body’s rust-free floors are layered in thick undercoating, which was probably sprayed during the car’s detailed restoration. And all that old school Americana rolls on 14-inch steelies, which spin 215/75 whitewalls around red-detailed, Super Sport-specific wheel covers.

This Chevy’s Plush interior has been restored and freshly conditioned. The SS-specific front bucket and rear bench seats feel newer than the car’s 52 years would suggest, and present just as well now as the day they rolled out of the upholstery shop. At the base of those seats, color-keyed floor mats protect like-new carpet. At the sides of those mats, pleated panels hang correct door hardware. At the front of those panels, a padded dash, which is dressed in rebuilt telemetry, centers a correct Delco radio above the accessory gauges and an optional SS specific tachometer. At the base of that dash, a stylish, SS-specific console centers a chrome Hurst 4 speed shifter in front of a small, lockable storage compartment. Behind the passengers, a fully restored trunk seals a correct mat, a correct jack and a full-sized spare tire.

With fully sorted mechanicals and more style than pretty much anything on the road, this Impala literally defines the term “strong value”. After all, when was the last time you saw this caliber classic for under $40K? Talk to us now and make space in your garage later – this Chevy won’t wait around! 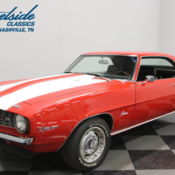 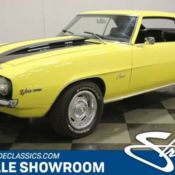 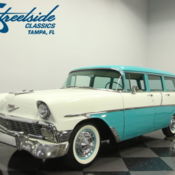 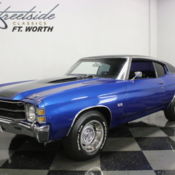 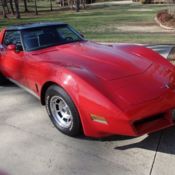 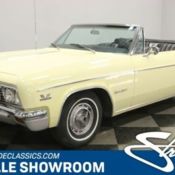 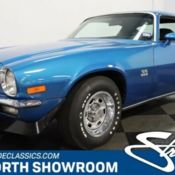 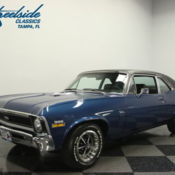 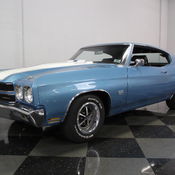 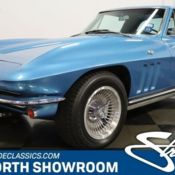