1964 Chevrolet Corvette Stingray (C2/ coupe)
327/350 HP
(not original motor)
4 Speed transmission
Black leather interior
Side pipes
This Corvette has brand new ( year specific and correct 1964 carpet ) that was purchased from corvettepacifica, new tires, new Memphis speakers, new ash tray, new Edelbrock carburetor (and will include Holley high performancecarburetorthat came with the car and a NAPAcarburetorrebuild kit.The paintappearsto be just a few years old. The paint is very glossy and is in excellent condition, nofading whats so ever (the car has been garage kept).All chrome trims (bumpers, grills, badges, front and rear windshield trims) look new and have no rust. The radio, antenna, horn,wipers, parking brake, short and long lights, turn signals, reverse lights work properly. The only bad is the driver headlight it struggles sometimes to open and close on its own but withassistanceit comes up. The motor was rebuilt about a year ago. If you have any questions or if you need additional pictures you can message me here or text me (956)286-8050.
The Corvette was purchased from an insurancecompany that paid off the owner for a water damage claim. When Ireceivedthe car and examined it I discovered the water had reached 3 inches above the door based on the mud marks left behind. The entire carpet wasreplacedas well as the ash tray since it had minor oxidation. I knew that the water would not be a major issue since classic muscle cars are very simple and not complicated like modern cars. In which are overran by computers and sensors. I still took no risk and did everything properly. I had all fluids drained then replaced. The gas tank was removed and cleaned, the brake fluid, clutch fluid, radiator coolant, transmission fluid were replaced. New performance spark plugs were bought as well as a new gasoline filter, and newcarburetor. The motor was rebuilt as well and has about a year. I have used the corvette as a weekend car andoccasional car shows (an average of 40 miles per month). I have detailed pictures of the car when i purchased it a year ago to prove the car has never been in a wreck and body is true and straight.
The car has also been listed locally and could cause the listing to end before.
No Reserve auction, Thank you! 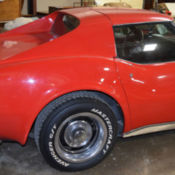 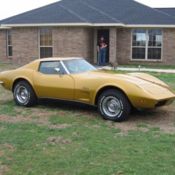 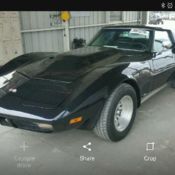 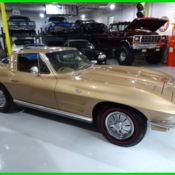 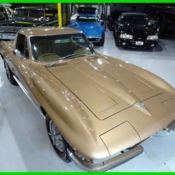 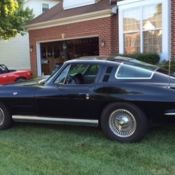 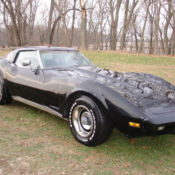 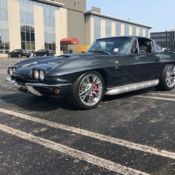 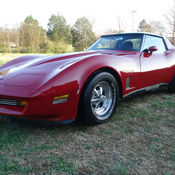 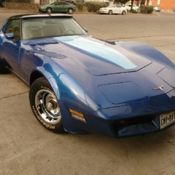