This 1960 Chevrolet Impala hardtop is handsomely dressed in a mixture of old-school cool and modern tech trick and the result is something that stands out from the crowd. There are plenty of stock Impalas around, but this one turns it up with a built 348 inch V8, all the creature comforts, and workmanship that will generate more than a little attention whenever you take it out.The 1960 Chevys were a lot more restrained than the over-the-top '59s, but that doesn't mean they're subtle. This black and burgundy hardtop does its best to keep it looking sleek and low-key, but there's just no way to hide those awesome fins, the jet-inspired trim, and the sleek profile of the hardtop body style. So with that in mind, they focused on getting it into top shape, smoothing and blocking the bodywork to make sure the details were crisp and the panels were flat, then covering it in two-stage urethane that looks awesome. The line between the two colors is razor-sharp, using a natural body line to divide the two, and it almost looks like the factory designed it that way. There was also a lot of chrome and stainless on these cars, and most of it was retained, especially the cool side trim and chrome-framed tail fins. However, the blacked-out grille and tail panel add a sinister look that suggest this car means business, which is absolutely true.The interior isn't too far removed from stock, with original bench seats now covered in handsome black leather. It imitates the original pattern, but has an industrial strength look that works very well. The door panels, carpets, dash, and even the headliner are new, incorporating black and gray and a variety of materials to create something that looks uniform yet interesting. The original steering wheel was painted to match the bodywork and the original instrument panel is intact, although it's now full of white-faced gauges in the original pods. An under-dash A/C system is extremely effective and is neatly integrated into the design. And yes, that's a Hurst cue ball shifter on top of a 4-speed manual gearbox, so you know this big Imp is built to play. It also comes with a massive trunk that is beautifully refinished to match the interior, and the workmanship is extremely impressive.If you are expecting another garden-variety small-block, prepared to be disappointed. But if you're a guy who knows what performance looked like in 1960, then the familiar W-shaped valve covers of the 348 cubic inch V8 will be a welcome sight. Dressed in Chevy Orange with finned Edelbrock valve covers and air cleaner, it's got a vintage performance look. It's fed by two Edelbrock 4-barrels and intake manifold, and topped by a set of 409 aluminum heads, so it's got the power the aforementioned SBC motor might be lacking. It also sounds spectacular thanks to a custom dual exhaust system with Flowmaster mufflers. Goodies include power steering, front disc brakes, a big radiator with electric fans, and the upgraded A/C system with R134a refrigerant inside. The 4-speed powers what appears to be the original rear end, and the suspension has been upgraded with new shocks all around. Familiar Torque Thrust wheels give it a performance look from the '60s that suits the car well, and it rolls on 235/60/15 front and 245/60/15 rear BFGoodrich radials.With over $50,000 in recent receipts, this is a beautifully built, very unique, fun-to-drive Imp. If you dig the look, you're going to love the drive. Call today! 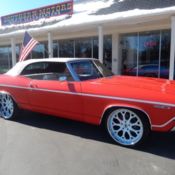 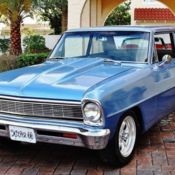 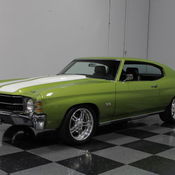 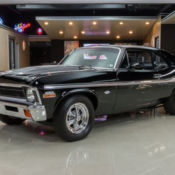 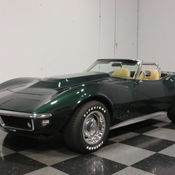 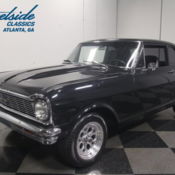 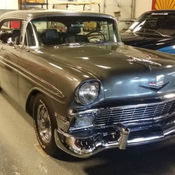 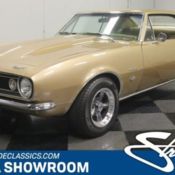 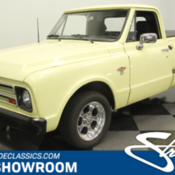 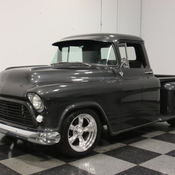