IT COULD BE A BEAUTIFUL CAR!

Needs new paint(+ very little/typical type of body work, there's a a stress crack here and there and a couple of rough spots on flares, NO BIG DEAL).

It needsa new convertible soft top mounted to its convertible frame(A BRAND NEW ONE IS INCLUDED IN SALE).

Also, I'm throwing in an aftermarket hard top but it's a shell only, NO glass, mounting hardware, or etc.

Headlights r stuck????? (I'm not sure what is going on here and also left one is a little loose, however, its whole vacuum system ALL looks to be in GR8 condition from just looking at it all?).

Car needs new muffler's(whenever I had bought car out of Ca 3 + year's ago left rear tire had gotten a flat on the way to me and dumb auto transporter somehow got car stuck on trailer and ripped off left muffler).

Cars' brakes probably need a little attention as car has a low brake pedal(HOWEVER, it will stop fairly decent, I've owned LOTSSSS of Vette's over theyear's and have bought several that had ZERO brakes, that is not the case here, bleeding them just may do the trick?).

Front bumper cover is just layingin place in pics, it needs to be bolted on but GR8 thing here is original ring that holds it on is still bolted to front end so everything is definitely there.

Carprobably could use a simple tune up but it actually runs pretty decent as it is.

There is a ding on one of the rocker molding's(the rt one I believe).

Windshield guy spilled a little glass primer on steering wheel(something should clean it up pretty easily though?).

It will need a new battery soon(FOR SURE, the car does NOT have any type of short but the battery goes down after it sits a few day's, it's 100% for sure the battery).

Temperature sending unit needs to be replaced(old one is broken, I believe a new one is like $20.00).

And, the last thing that I can think of to note is that car had a bad power steering pump whenever I had first bought it but I had a rebuilt one put on it, however, I noticed today that it needed a littlepwr strg fluid, maybe a hose issue, I know its rack looked GR8 at time of puttingnew pump on?).

I LOVE THE ADDED WIDE FLARES! I SEE THESE SIMILAR TYPE FLARES BRINGING BIG BUCKS ALL OVER THE NET!

IT'S A GR8 COLOR COMBO(I LOVE ITS OXBLOOD INTERIOR COLOR WHICH I BELIEVE WAS OFFERED/USED FOR ONLYA COUPLE OF YEAR'S).

ALSO, I'M TOLD(WHICH I CANNOT GUARANTEE) THAT ITS MILES R ORIGINAL(SUPPOSEDLY EVERYTHING FROM 74 WAS MOVED TO 80 FRAME EXCEPT LEFT DOOR AND REAR TAIL?).

ITS DASH LIGHTS LITE UP LIKE THEY ARE BRAND NEW!

AND, EVEN ITS GAS GAUGE STILL SEEMS TO WORK PERFECTLY!

Also, here's a list of things that I've either bought for it or had done to it:

Car has a BRAND NEW $350.00 front windshield(windshield's for these are NOT cheap)!

Car has a BRAND NEW left door panel, $250.00 alone rt here(rt one is passable, it has a little split on it on upper rt corner but again, it works for me).

Again, I already bought its new soft top canvas(which is white in color by the way + comes precut w/new plastic back window) AND I pd $3 bill's for hard top shell(so, $500.00 alone rt here).

It has a rebuilt power steering pump that was previously mentioned.

So, as far as "PROS AND CONS" I believe that I have covered it all!

However, since it is an OLDER car I'm sure that I could be forgettinga minor detail or too?.

I'm just trying to be as accurate and honest as possible!

I thrive on getting GR8 feedback!!!

And last, I bought the car 3 + year's ago out of CA and here is what I was told about the car:

I was told that its original frame had gotten rotted/rusted(I think it either originally came out of Washington State or elseOregon?)from being in snow/salt so previous owner had bought a damaged '80 Vette and thatits original body, interior, and drive train was transferred over to the '80's frame.

Just looking under car now its frame looks to be in GR8 condition!

And that car is all basically still a '74 minus frame, left door, and rear tail?.

I like the car(I've owned SEVERAL Vette's over the past 30 + year's) and my plans were at first to make it a chrome bumper Vette(there is a company in FL who sells a rear and a front kit that basically just bolts on, c last 3 pics here of what they sell/do,pretty cool, it's a CHEAP alternative for having a drop top "BUMPER VETTE"but then later I really didn't care if I did the conversion or not)!

Honestly, rt after I bought it we had our first child AND because it's a "2 SEATER" I just kind of lost interest in it!

So,I'd rather put the $ from this toy into some other type of toy that has a back seat!

IT IS WHAT IT IS!

Every time I sit in it I LOVE it, there's just something aboutgauges from this era Vette that I really DIG but I guess it stillhas to go!

I have around $10 GRAND in this baby!

And, I was offered $75 hun/$8 GRAND for it previously but wouldn't take those offers(I HATE losing $ + I really think that the car was/is worth more, especially whenever I see most but with good paint doing $15'ish)!

NO KIDDING THOUGH, IT'S BEING SOLD TO HIGH BIDDER # MATTER THE $ AMOUNT!

I HAVE TO NOTE THOUGH THAT IT IS ADVERTISED FOR SALE LOCALLY ALSO AND IF I HAPPEN TO SELL IT LOCALLY THEN OF COURSE I WILL END ITS AUCTION HERE ON EBAY.

I will require an IMMEDIATE $500.00 PayPal deposit at auctions' end and then full balance needs to be pd for in full within 3 business day's(eitherCASH in person or else a bank wire transfer).

Also, if needed, I can recommend a fast and a reasonably priced auto transporter that I have known and used for 12 year's now.

THANKS FOR BIDDING AND GOOD LUCK(BUT ONLY BID TO WIN IF U R "SERIOUS" AND IF U CAN RESPECT/HONOR MY PAYMENT TERMS). 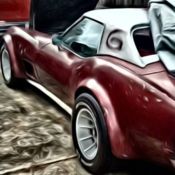 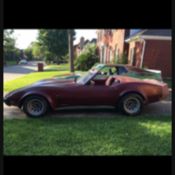 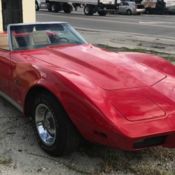 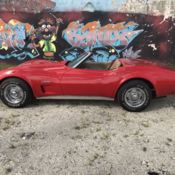 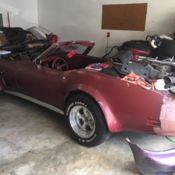 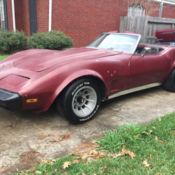 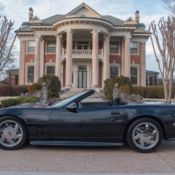 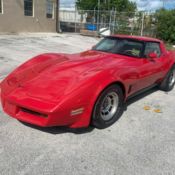 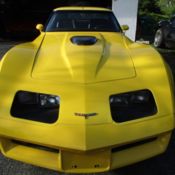 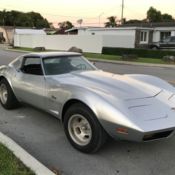