There's something irresistible about a Z/28 Camaro. That's because with this 1991 Chevrolet Camaro you're driving a top-of-the-line sportscar, that only gets better with its original top-of-the-line fuel-injected V8.It's not hard to love a Z/28 like this. Either you had one, or envied one at some time in your life. And just like Ray-Ban Aviators, these really never went out of style. There was just something about the sharp-edge styling that made these the kings of the boulevards in the 1980s and 90s. Of course, the one option you absolutely had to have with these cars was the distinctive 16-inch five-spoke wheels that were redesigned for '91. In fact, this coupe's original Arctic White might be a more popular color today, but when this Camaro was new, shades of red and black were much more fashionable. So while everyone else hitting the streets in a more ostentatious paint job, you get to show a rare stylish restraint... and that's the only time this drop top will be associated with moderation. After all, 1991 meant the new aggressive bodykit, hood treatment, and spoiler that make these later 3rd gen cars so distinctive. Yup, you're looking a true survivor-grade coupe with stunningly low mileage.Inside is a red interior is a very cool combo with the exterior white. Plus, any time you want to showcase this to the world, all you have to do is take out the T-tops. The low mileage means little seat time, and so the inside has also been preserved in near perfect condition. When you slip behind the wheel, you'll feel the high-backed bucket seats giving modern support. They have held up exceptionally well over nearly a quarter of a century, and their original condition is highlighted by the "Camaro" stitched into the lower back padding. Like any good Z/28, this one came loaded, including power windows, power locks, tilt steering, power driver's seat, power mirrors, cruise control, driver airbag, and the original AM/FM/cassette stereo. Plus, the air conditioning is running modern R134a so you can stay cool while looking cool with the T-tops out.Under the hood is where this Camaro becomes even more desirable. It has the optional L98 fuel-injected, 350 cubic-inch V8 that was shared with the Corvette. This numbers-matching motor was the true performance powerplant from Chevy at the time, and it's one of the first things people look for in collectability. This V8 could only be mated to the stout 700R4 four-speed automatic because the motor made too much power for GM's five-speed manual of the day. The overdrive transmission also makes this coupe the perfect cruiser, when pared with the power steering and front disc brakes.Can you believe it has only averaged 420 miles annually since new?! You also get the full car show packet with this Z/28 that includes the original window sticker and owner's manual. This is the Camaro that you dreamed about in your adolescence, and this one lives up to that fantasy because it's still in such original condition. A Camaro like this is a rare opportunity. Call today!!! 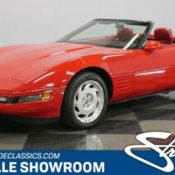 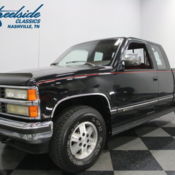 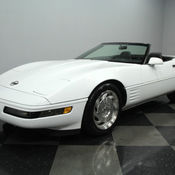 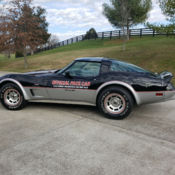 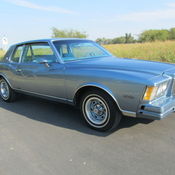 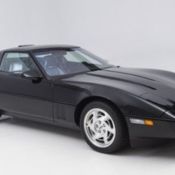 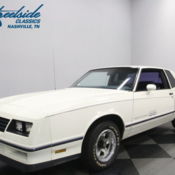 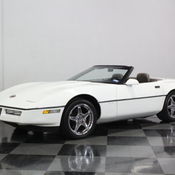 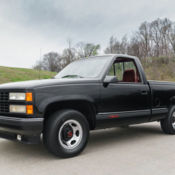 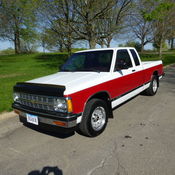