Up for sale is my 1973 Chevrolet G20 Beauville Van.I purchased this van in December 2014 from ebay out of Oregon and had it shipped to me in Florida.I was planning to build a hot rod van with a converted interior to be able to go camping in.Only reason for selling is I had a chance to get a really low mileage 83 GMC van and have decided to build that instead.I will try and describe what I have done since owning it, what previous owners did, and what will need to be done in the future.This van will also come with LOTS of extra parts that I have accumulated for the build and will be listed below.

Drivetrain- The van has a GM Goodwrench crate 350 4 bolt main engine that was installed by previous owner (has approximately 9k miles on it).I rebuilt the quadrajet 4 bbl carb, put in valve cover gaskets, fuel filter, belts, and an HEI distributor (no more points).Only thing I would fix on the engine would be a new exhaust, the one on it now is functional, does not leak, and is true dual, but looks like whomever did it just pieced together whatever they had laying around (it does not sit even, and the mufflers don’t match).The transmission is a TH350 that I serviced with a new filter, pan gasket, and new fluid (trans shifts perfect).The rear is the stock 12 bolt, 3:40 geared open rear that I serviced with new gasket and fluid.I also flushed out the factory AC system and recharged it (ice cold AC!!!) Van has no leaks and is dry underneath!!

Suspension and brakes-There is no play in the power steering box or front suspension, so I greased the front suspension and repacked the front wheel bearings.Shocks are still good and van has a nice ride, also drives straight and does not wander.Brakes are good and have about 85% pad life left on the front and rear, and has premium front pads, premium riveted rear shoes, new brake booster and master cylinder (van brakes straight).Tires are Michelin LTX with 80% treadlife left on stock rims and hubcaps.

Body- The roof of the van was repainted white shortly before I purchased it and the rest of the blue paint appears to be original.Van has small dings and scratches all over it and surface rust on the hood (see pics) but actually has really nice patina to it.I was going to just put a satin clear on the whole van and drive it like this.It has a class 3 trailer hitch with an under dash mounted trailer brake control.Someone did cut a hole in the roof and installed a vent near the back that opens and closes from the inside and even has screening on it.The only rust on the van is in the front passenger fender (see pic) that I think was caused by the battery.I cut a chunk of fender off a junkyard van to use as a patch panel and I will include it with the sale.Roof is solid, drip rails are good, around the windows and doors are good, floor is solid, and underneath is rust free and nice (I will include a pic of the floor before I put the seats in). There is no other rust on the van!!!

Interior- When I purchased this van it had no interior except two front seats that did not match and the interior paneling/headliner.I purchased a 1993 Beauville parts van and took the whole interior out to put into this van.Later I ended up finding a nice conversion van in the junkyard so I got the front swivel reclining buckets and rear seat that has armrest with cup holders and folds into a bed.I also pulled all the curtains off the same conversion van to use either as curtains or because the material matched the seats and I figured I could use it.I installed the carpet from the beauville and the seats from the conversion van (back seat comes right out to use as a cargo van) along with some of the trim.All the rest of the interior from the 93 van including stock style high back bucket seats, all door panels and rear panels, dash, headliner, and all interior trim will be included with the van (see pic) and I will also include the curtains that match the seats.There is a CD player in the dash but it is not hooked up, I did not bother as there is currently only the factory speaker in the center of the dash.All other interior options work, van has factory gauges, in dash heat and GM dealer installed rear heat, and factory AC between the front seats (front AC is missing ducting that used to attach to the doghouse, I was going to fab something up or try and locate an original but never got around to it).All dash lights and interior lights work and all the glass is in great shape.

So to sum it up this is a very nice driver that can be used as is or spend a little time and it would be a really good start for the ultimate van project.It is extremely reliable and I would trust it to drive anywhere.Please take a look at the pics which I think give a very good idea of the van, and if you want to see more just ask.Van has a clean and clear Florida title in my name and in my hand.If you have any questions please give me a call at 954-914-8eight6six to discuss. 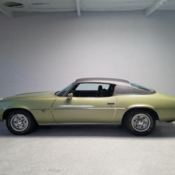 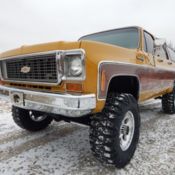 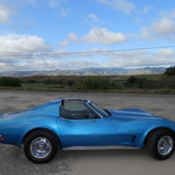 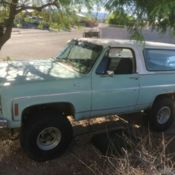 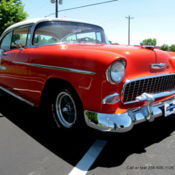 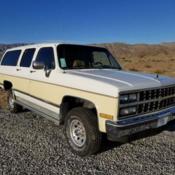 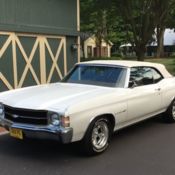 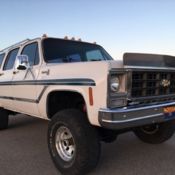 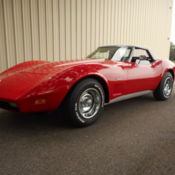 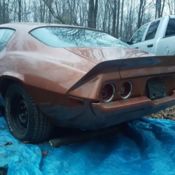