For sale is my 1965 Chevy C10. This is a very solid and reliable truck that needs just a few little little things. The truck has a clean title with a mileage discrepancy. The truck shows about 125K miles at the moment. It might actually be a bit less but the truck is in storage and I don't remember the exact number off hand. I bought it with about 124K on it. I'm more than happy to grab the exact number for anyone who's interested.
I purchased the truck in September of 2014 and drove it 3 times a week until the first snow. I woke it up Easter weekend 2015 and drove it 2-3 times a week all summer and into December without an issue. I initially planned to turn it into a tow rig for the race car I'm building, ut have decided to go in a different direction and get something to race now, hile the other car is still under construction. The C10 has a ton of new parts on it as of Summer/Fall 2014 as follows:
- Panhard bar- Air compressor- 5 gallon tank- Rear shocks- Front shocks- Air bags- 2" lowering blocks- 175 psi switch, way panel- Rear wheel bearings- Ball joints- New starter- Front drop spindles and disk brakes with 6 lug rotor kit- New bed floor
In my ownership, have done oil changes, eplaced a broken turn signal cam and adjusted the shifter mechanism. That's it.
The 400ci small block is out of a '70 Caprice, as rebuilt in 1989 (I have all of the receipts for this) and bored .030 over. The crank was also ground .010-.010. I've also got multiple receipts from other work done on the truck back in the 80's, ost related to the engine swap. The owner who had this work done purchased it in Knoxville, N in the 80's and brought it to Ohio.
The bed sides have zero rust and there isn't more than a little surface rust on the frame. There is no rust in the cab corners, or does there appear to be any previous work on the driver's side. The only real rust is in the rockers. The driver's side has some small holes and the passenger side has some rust as well. The floors have a couple holes but aren't terrible. The other issues are as follows:
- It runs a little hot on the highway but has never overheated. It sits at 185 all day long in the city, ven in summer traffic but got to about 205 after a 45 minute highway trip. My assumption is that it should have a larger/better radiator because of the V8 but it's never really bothered me because I typically only drive it in the city. The radiator hoses do not seem to collapse.
- It sometimes, ot always, ops out of third at highway speeds under load. This isn't terribly unusual and is probably due to worn shifter bushings or a trans mount but, gain, t hasn't really bothered me as I'm not usually at highway speeds.
- The air bags, isks and drop spindles were done right before I bought the truck and I think were rushed a bit by the previous owner. The right front bag will lose pressure over night and the brakes could stand to be bled. Nothing keeping the truck from being driveable but still issues nonetheless.
Please feel free to contact me with any questions you may have. The truck is for sale locally, o I reserve the right to cancel the auction at any time.
I'm happy to take pictures of any areas of interest and have a number already in my flickr account that I can send a link to if requested. The truck is also available to be viewed byinterestedparties, t's in Cleveland, H.
Thanks for bidding! 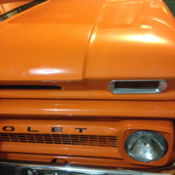 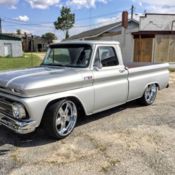 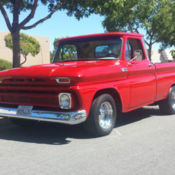 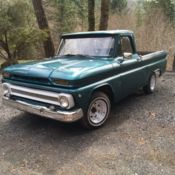 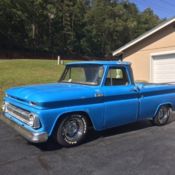 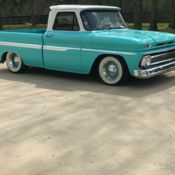 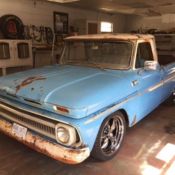 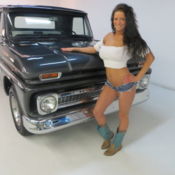 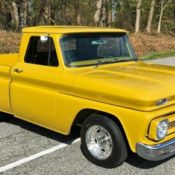 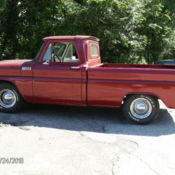