1969 real deal x77 d80 Z28. I have had over 50 classic Camaros in my lifetime and this is probably the nicest one I have ever seen.Sold new at village chevrolet in long island new York. built the last week of production novemeber 1969. I purchaced it from the second owner that bought it in 1971 with 3500 miles on it. He took it apart in 1974 with the intention of building a "world of wheels car" out of it and never finished it. I have his last registration from 75 when he took it off the road with only 25,000 miles on it. I drove to LI and brought it back in pieces. signed paper work from him including the recipt when he bought it in 1971 !!! tonsof restorationpictures. the DZ 302 is completely rebuilt fresh on the stand, the valve covers, ntake manifold were restored by Jerry macniesh . restored carb,distributor,alternator ect. I even have the original radiator that looks like new inside. The car is a true 25,000 mile car. The bottom of the car still has the original paint and is beautiful.Next to NO repop parts on this car. original spare tire. Car has all gm panels,bumpers,emblems ecs on this car. original seats,door panels,dashclusterand even the carpet!! the only options were silver, poilers,am/fm and rare cowl hood. Has a gm flat hood on the car. But comes with the real Gm cowl hood too. Still has factory cowl hood wiring. Can be brought back to stock so easy. I will guarantee 100% this is a real Z28. the best. Steve 941 232-0794 Youtube video...... https://www.youtube.com/watch?v=Qt97-UTdrAw 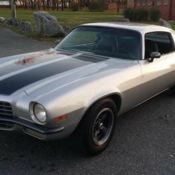 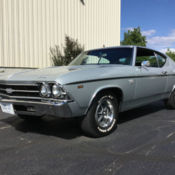 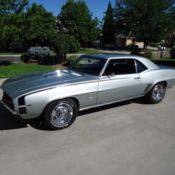 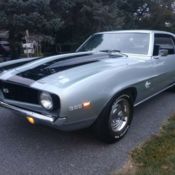 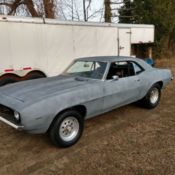 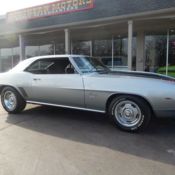 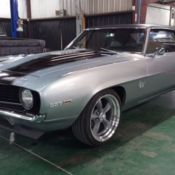 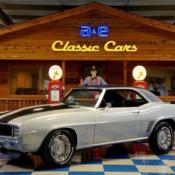 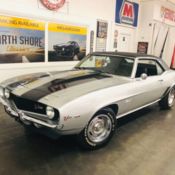 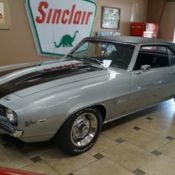