1981 Cadillac Eldorado Custom Cabriolet, Hilton, NY Great Lakes Classic Cars 6 Upton St, Hilton, NY 14468 1-(800) 510-3797|(800) 510-3797 1981 Cadillac Eldorado Custom Cabriolet Special Coach Built 1981 Eldorado Convertible
This exquisite motorcar comes equipped with every conceivable option, including factory air conditioning, power seats and more! This motorcar was built by Hess and Eisenhardt, famed builder of presidental limosines at an astronomical cost. This conversion was factory commissioned which is far superior to the company they used in the later models. In 1981, the cost of this convertible was over $40,000, an astronomical amount at the time. This is also the last year for the Cadillac 6.0 368 CI fuel injected engine before they went to the less desirable, under-powered HT4100. Of all Cadillac convertibles to collect, this is by far the best one to have in your collection. We are proud to offer, what we believe to be, one of the best of this rare and desired model. When the word "rare" is so often over-used to describe a car, I would have to say in the case of this car it may be the true definition of rare. We all have seen Eldorado Convertibles, but take the year in to consideration on this car. This is not the 1984-1985 ASC Eldorado Convertible as you may first guess, this is a 1981 Hess and Eisenhardt car costing in the upper 40K price range in 1981! The car is so rare, I could not ever get an exact production figure. Somewhere around 20 is all I have been told by those that remember at the current Hess/Ogara Company. If you are not familiar with Hess, they build the President's car and more. To those that say the 1984-1985 Eldorado is a ?factory? car, check this out; Every Eldorado and Riviera Convertible from 1979-1985 all started life as a coupe before they became the convertibles they are today and sold at the Cadillac Dealers. As a piece of trivia, the first step to converting all ASC cars to convertibles was to break out the back window with a hammer. That's right, the "factory" car! Well in 1981 Hess and Eisenhardt was a factory approved Convertible Coachbuilder chosen by Cadillac and the cars were sold at the Dealers. Due to the very high cost on this year and low sales, Cadillac later found ASC more attractive and cheaper in the following years. Some things on the Hess cars are much nicer than the ASC at its higher price, some things on the ASC cars I will say are better than the Hess. The main difference on the cars is the rear cut. Notice the Hess car keeps with the original top line of the Eldorado Coupe. This was a more difficult conversion to do. For ease, the ASC versions cut the car lower around the rear section and used the top as filler for the lower cut. Things are different on both makes when you get down to it and that is just the way it is when you start nit picking. One thing important, the Hess has more framing support added to it over the ASC and that is very important on a car like this. They actually welded in support on the frame. I would say that Hess was a superior coach builder in the real world aspect of making a car right. ASC put in two little bars that interfere with the parking brake cable and make you think something is hanging down. Now one thing I will hand to the ASC car is the fact they used the Biarritz optioned car to convert. That was not their choice. It was the car that was sent to them. The H&E only used the non Biarritz for the handful they built in 81.
In 1980, the gas 350 was replaced with the 368 except in California, where the Oldsmobile 350 was used. In both the 1980 Seville and Eldorado (which shared frames) the 368s came with DEFI (later known as throttle body injection when it was later used with other GM corporate engines), whereas in the larger RWD Cadillacs it came only with a 4-barrel Quadrajet carburetor. Independent rear suspension was adopted, helping retain rear-seat and trunk room in the smaller body. The most notable styling touch was an extreme notchback roofline.
This tidbit of information was copied off another H&E Eldorado previously offered for sale by Daniel Schmitt &Co. ComfortConvenienceDrivetrain SuspensionEntertainment TelematicsExteriorRoof GlassSeatingRims Tires

For more pictures go directly to the link provided 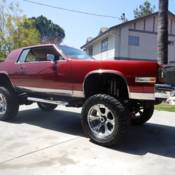 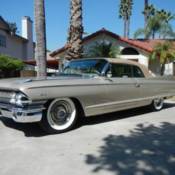 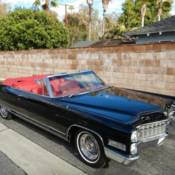 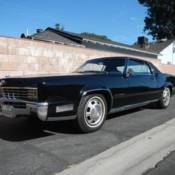 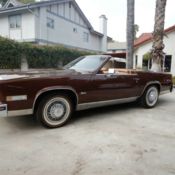 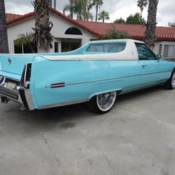 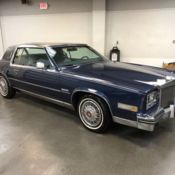 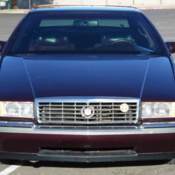 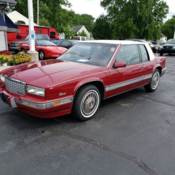 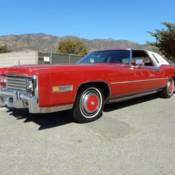