Selling an extremely rare and very beautiful 1988 Cadillac Allante in Mountain Laurel Pearl (aka Mary Kay Pink) over Maroon leather. The car has only 69k original miles and has been garaged it's entire Southern Californian life. I have more than $21k of maintenance records, all completed at the dealer, detailing all major services as well as maintenance.
If you are looking at Allantes, you likely already know the harmonious partnership that took place between legendary Italian supercar designer, PininFarina, and Cadillac to produce this timeless design. The bodies were built in Italy and then flown over to the US on specially modified 747s where they met the Cadillac platform and 4.1 liter V8.
The Mary Kay editions, as limited as they were, have an even more intriguing story, as they were almost never built. PininFarina declared that they did not build sports cars in pink, and it wasn't until a two day meeting between PininFarina, Mary Kay, and GM executives that they agreed to produce pink Allantes. Approximately 53 Mountain Laurel Pearl (Mary Kay) Allantes were ever produced, with 37 coming from the 1993 model year. Additionally, of those 53, a large number were repainted by the dealers before being resold after the termination of the Mary Kay lease. Very few remain.
This unique car is offered for sale with a clean/clear title in hand, clean/clear Autocheck and CarFax reports, with impeccable documentation.
. 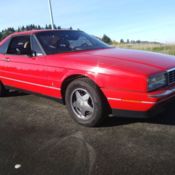 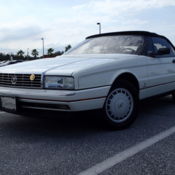 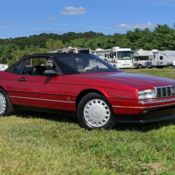 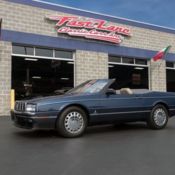 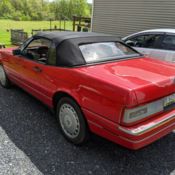 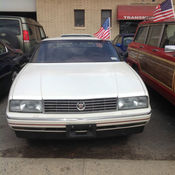 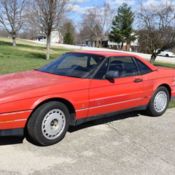 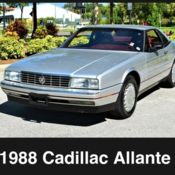 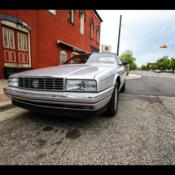 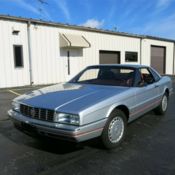