1994 Cadillac Fleetwood Limousine - $3500The limo conversion was done byFederal Coach and is in excellent running condition.It is only a 44" stretch which makes it easy to drive and park almost like a regular station wagon. It could use a nice face lift to be the spectacular classic it used to be.It does have some minor dings and dents and someone has keyed the driver's side. The seats and interior are very good but headliner is worn and needs replacement. It has new tires, fully rebuilt air conditioning and only 76,000 miles on the big Vortec engine.
The electric lock fobs lock all the doors but do not unlock the doors or trunk which must be unlocked with the key. All of the lock and unlock buttons inside the car work fine, as well as power windows, cruise control, power seats, front and rear A/C. The battery is new but there is a small voltage leak somewhere that will drainthe battery if the car is not run regularly.
All in all it's a fun car to driveand with a little work could be an excellentcommercial or Uber vehicle. Restore to the original classic big car limo with low mileage with minor cosmetic care.

In 1994 this was replaced with an iron headed small-blockChevrolet CorvetteLT1 V8with 260hp (194kW), which the Fleetwood would use until it was discontinued at the end of the 1996 model year. 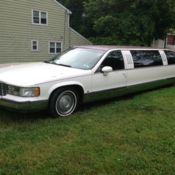 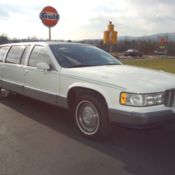 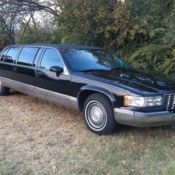 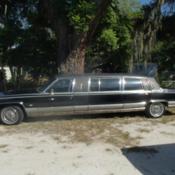 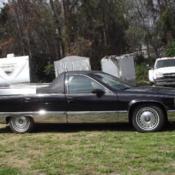 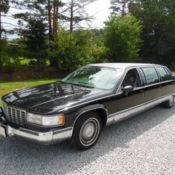 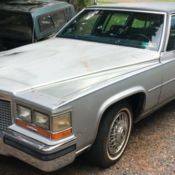 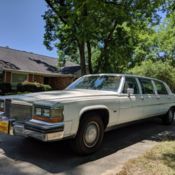 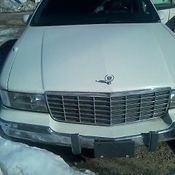 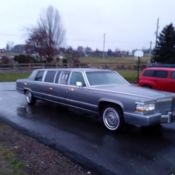