I am selling my 1976 Cadillac Coupe DeVille as I just do not have the time to drive it anymore. I own the car as part of a small collection I have acquired over the years and have just found that I drive it less and less.

The car comes with an unbelievable amount of history and documentation, from the original window sticker, warranty cards, every registration, photos of the original owner and his family throughout years of ownership, dealership paperwork, and letters to and from the dealership, the original owner, and the president of the Minneapolis area Cadillac association.

The car was purchased by the original owner from Alabama on whim when he was visiting his mother in Minneapolis, MN, and found out that the next year Cadillac was shrinking the body style. Apparently, after hearing this, he immediately went out and found this car sitting on the showroom at Key Cadillac, (the local Cadillac dealer in the Minneapolis area which is still in business today) and bought the car on the spot so he could drive it home.

He took care of the car with an unreal attention to detail and always kept it garaged and stored when not in use. He owned the car up until his death a few years ago and I have been fortunate enough to have it in my small collection since. However, it is time for me to part ways with the car.

It has just had a set of new original type white wall tires from Coker tires installed last summer. During this same time, I had it completely serviced and checked over for anything that needed to be done. The air has not been converted and works properly. All the switches, lights, blinkers, wipers, etc. work properly as well. It is a non-smoker car. The Black vinyl top is mint, with little to no imperfections at all. The paint is completely original along with everything else, it has always been garaged and doesn’t suffer from any fading (which would have been first noticed in the interior if it was present, which it is not!) The only thing that was added to the car was the pinstripe, which I believe was added at the dealership during the new car get ready process.

The only real ding on the car is a small dime sized dent in the front area of the passenger door that you can see in the pictures and could probably be pulled with PDR, but I just never got around to doing it.

The car runs and drives great and doesn’t have any leaks, rattles, or mechanical problems. The underneath is as solid as the top and is a no rust issue car.

You would be hard pressed to find a nicer, well optioned, last big Cadillac, that has been taken care of as well as this one. It’s a car that is truly going to do nothing but increase in value.

If you want this car, please bid, you will not be sorry with what you get! 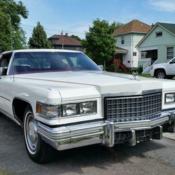 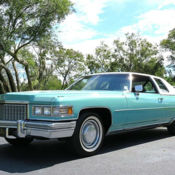 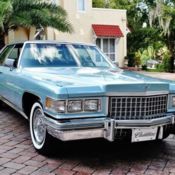 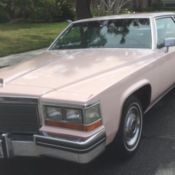 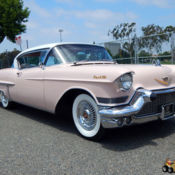 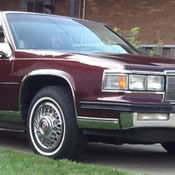 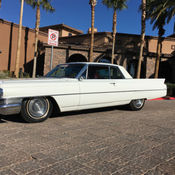 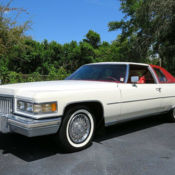 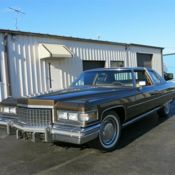 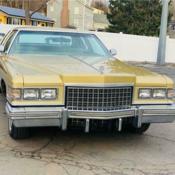