Radwan Classic Cars is pleased to offer this 1966 Cadillac Coupe de Ville. The name "DeVille" is derived from the French de la ville or de ville meaning "of the town". In French coach building parlance, a coupe de ville, from the French couper (to cut) i.e. shorten or reduce, was a short four-wheeled closed carriage with an inside seat for two and an outside seat for the driver and this smaller vehicle was intended for use in the town or city (de ville). An (unshortened) limousine or (in the Un...ited States) town car has a division between the passenger and driver compartments and if the driver's seat is outside it may be called a sedanca de ville or town car. The first Cadillac "Coupe de Ville" was shown during the 1949 Motorama. It was built on a Cadillac Sixty Special chassis and featured a dummy air-scoop, chrome trim around front wheel openings, and a one-piece windshield and rear glass. The interior was black and trimmed in gray leather, including the headliner, to match the roof color.For the 1966 model year changes included a somewhat coarser mesh for the radiator grille insert, which was now divided by a thick, bright metal horizontal center bar housing rectangular parking lamps at the outer ends. Separate rectangular side marker lamps replaced the integral grille extension designs. There was generally less chrome on all Cadillac models this year. DeVille scripts were still above the rear tip of the horizontal body rub moldings. Cadillac crests and V-shaped moldings, front and rear, were identifiers. Cadillac "firsts" this season included variable ratio steering and optional front seats with carbon cloth heating pads built into the cushions and seatbacks. Comfort and convenience innovations were headrests, reclining seats and an AM/FM stereo system. Automatic level control was available. Engineering improvements made to the perimeter frame increased ride and handling ease. Newly designed piston and oil rings and a new engine mounting system and patented quiet exhaust were used.The example offered here features a freshly rebuilt engine with pictures of the rebuild. The car has also been repainted in a stunning silver finish. The interior has also been done in the original style. Being a Cadillac Coupe de Ville, it is well equipped with variable ratio power steering, power brakes, power windows, power seats, wide whitewall radial tires, custom audio system, custom window tint, and more. This Coupe de Ville is ready to be driven and shown as it drives as great as it looks. 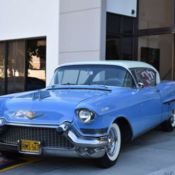 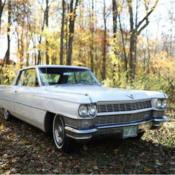 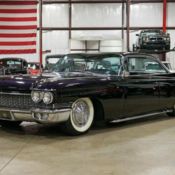 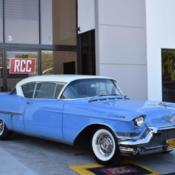 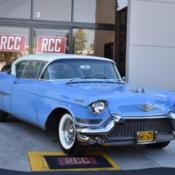 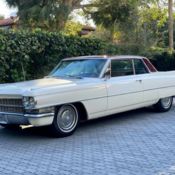 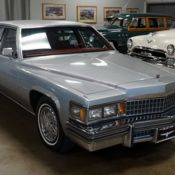 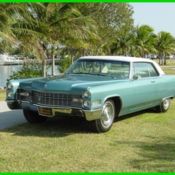 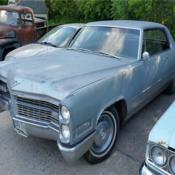 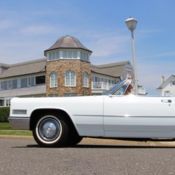