Up for bid is a 1956 Cadillac Series 62 2-Door Hardtop. I’m listing this car for my Dad who purchased it about 10 years ago out of Arkansas, where it had been in indoor storage for quite some time. The previous owner amassed a nice collection of NOS trim pieces that will be included as part of this auction – more about the NOS stuff later, back to the car. After he purchased the car, had a new exhaust installed and fabbed up an easily removed battery mount that allowed the use of a regular battery instead of the original long and skinny, super heavy battery it used from the factory, this good running and driving car was driven and enjoyed for a while before the inevitable little things about it bugged Dad enough that it was time to start tinkering with it further. As you can see the front end of the car was partially disassembled for some work on the front fenders and hood. The drivers front fender was repaired and repainted, the passenger fender got as far as primer and the front of the hood was just lightly sanded. At this point, due to a number of reasons, (two pre-war Buicks come to mind) the project stalled and the Cadillac has languished in the back corner of the shop for close to four years now. Last weekend Dad decided it was time to get it running again and sell it on. We cleared a path to it, got it fired up and brought it outside the shop for the first time in a long time. After initially smoking some from sitting, the exhaust cleared out just fine. The effects of sitting mean that the great working brakes no longer work and the carb needs a rebuild kit as it’s now running rich. Not sure what happened with the brakes as they worked fine when it was parked, but now sink to the floor. The parking brake was used to move the car around for the photos. So, what we have here is a car that isn’t far removed (brakes, carb, paint, front seat cover and carpet) from being a fun driver, or, if desired, you could pull it apart for a complete restoration. I drove this car a few times and I remember it driving really well, with good power, decent handling (it is a ’56 Cadillac so decent is about as good as it gets, but still way better than my ’51 Packard) and strong brakes. Originally finished in Alpine White over Goddess Gold, the car looks to have been repainted once, probably when the passenger side was damaged in some kind of light accident (you can see waves in the body on this side in the photos). Not sure they got the color quite right as the driver’s fender that we painted is the correct color. On to the details and please, please carefully review the photos – they are absolutely part of the description of the car….

Body – evidence of damage to right side as waves can be seen in the body but don’t believe damage was major as door shuts fine and body details are still pretty crisp. Was in a light front end accident at one time as front fenders had damage around headlight areas. Side to side hood brace about a third of the way back from the front of the hood has broken free of the hood sides – just fatigued I guess and will need to be welded back in place to allow hood to fit properly. Other than the hood, which didn’t receive final adjustment when it was put back on, all the panel gaps are nice. The only rust I could find on the entire car is the small hole below the driver’s door as seen in the photo. After crawling in and around the car, looking under carpets and truck mats, etc. I see no other rust. This is not a guarantee that if you disassembled the entire car you wouldn’t find some, just that there is no visible rust. Spare tire well has some pitting at the bottom but is still super solid. At some point a previous owner must have thought about repainting the car yellow as the engine compartment was sprayed yellow over the original gold – but the rest of the car was never yellow so not sure what happened to that plan. Please note that those aren’t paint flaws on the driver’s quarter, just reflections from the chrome wheels on Dad’s truck.

Chassis/Running Gear – Original 285HP 365 CID engine runs strong, transmission shifts fine, steers and handles fine. Power steering works as it should. Rear axle drips gear lube and hums a little if I remember correctly. Exhaust is essentially new. Has a little more throatiness than stock but is not in any way offensive. Minor surface rust only on chassis components – no ‘real’ rust.

Interior – Headliner is good as is rear seat. Front seat will need to be repaired or completely recovered due to wear and sun damage on top. Carpet is musty and should be thoroughly cleaned or replaced. Door panels have some water damage from some point in it’s past. Seat belts were added by my Dad. Dash pad needs to be redone. Windows roll up and down fine.

NOS Parts – Please look carefully at the photos of the NOS parts. While NOS, and most with their original packaging, they have not been hermetically sealed for the last 60 years so there may/will be some minor imperfections (fine pitting/scuffs) on some pieces. There are quite a few parts so I won’t list them all but here are the highlights: pair of long front fender moldings, pair of long door moldings, pair of quarter panel scoops (one already installed), hood emblem, gold hood ‘V’, hood ornament, lower hood molding/grill surround piece, headlight bezels, parking light assemblies, wiper arms, 4ea. Hubcap emblems, both taillight assemblies (already on car), pair of additional taillight lenses, 9 ea. quarter panel half moon chrome pieces for the lower rear quarters near the bumper, gold ‘V’ for the trunk, top of quarter panel moldings (already on car), windshield washer bottle, door sill plates, and more.

Used Parts – all the original parts removed when work on the fenders/hood began are included and can be seen in the photos. Additionally, you will see an underdash AC set up, extra intake manifold and carburetor, misc gaskets, etc. Not shown, but included if you want it, is the original battery – not sure if it can be brought back to life or not.

That’s about it. Now the boring fine print. I’m listing this car for my Dad and the car is in Nixa, Missouri (home of Jason Bourne!) a suburb of Springfield, Missouri with easy access to major freeways like I-44. Mileage listed is what is currently on the odometer - we do not know if this is actual or if it's rolled over once. Title is clean and clear and in my parent’s names. Car is safely stored inside Dad’s shop out of the elements. Winning bidder will need to provide a $500 non-refundable (unless I’ve grossly misrepresented something) Paypal deposit within 24 hours of auction close, with the balance in cash on pickup of the car or wire transfer to Dad’s bank. Winning bidder will need to make arrangements to have the car picked up within 2-weeks of auction close. No guarantees or warranties of any kind are being given with this car. Car is being sold as-is, where-is. As with anything 60 years old, things can and will go wrong, assume that something will go wrong with this car at some point. Thanks for reading and please ask any questions before bidding. Thanks! 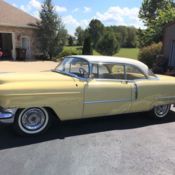 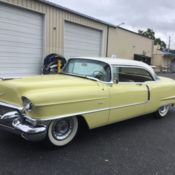 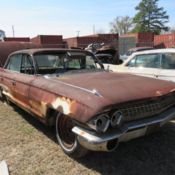 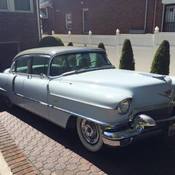 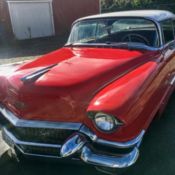 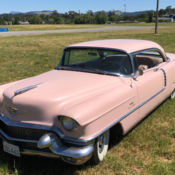 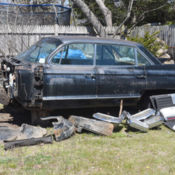 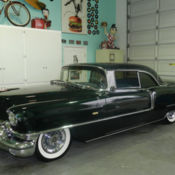 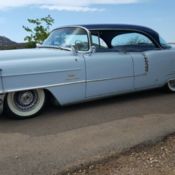 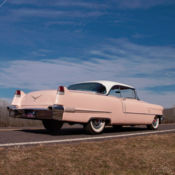