Stored in a barn 40 years. I'm the third owner. The son said his father bought it new and drove it until 1970. He put a total of 75K miles on it. It was his Sunday driver and kept it in great shape until too old to drive. He drained all fluids and put it in the barn, covered. Discovered in 2012 and rescued. I bought it in 2013. Had two back side windows replaced and new seals around all the windows to the tune of about $400. Just replaced the carburetor. Has almost new Michelin radials and original hubcaps. The interior is awesome! Stainless steel intact. No tears in the seats. Floor, rocker panels, and door bottoms are complete and solid....rust free! Dash is gorgeous. I've only driven it a couple of hundred miles.
It was the first run of the 322 V-8's. Technically they say the V-8 came out in '54, but in late '53 they made 960 of the V-8 models....hence the long name of the car. Original and working beautifully....dynaflow transmission. I'm told it's worth $8000 or more. The price in 2013 was $6800. I have enough projects since retiring. It deserves to be driven and taken care of....thus the sale.
RUNS AND DRIVES!
Comes with owner's manual, keys, clear title, and new replacement rear hood lock. 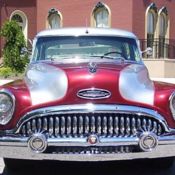 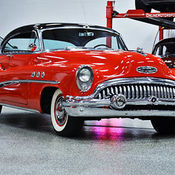 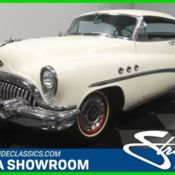 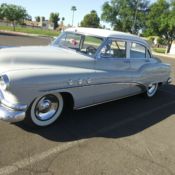 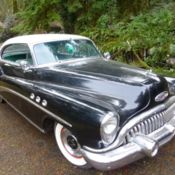 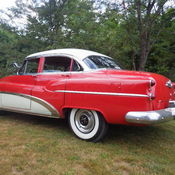 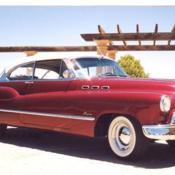 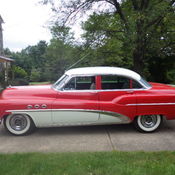 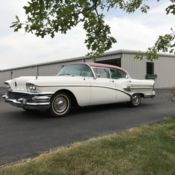 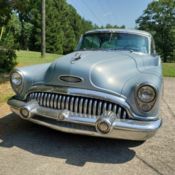