Original paint, Adult owned since new. Never raced or modified. It runs and drives as it should, tight and smooth. Extremely rare, my research has production numbers of Regal Ts imported to Canada in 1987 as only 280. I have recently been told this is actually closer to 265 with only about 7% being dark blue. That makes this car one of the 18 or so Blue Regal Turbo Ts imported in 1987. With the ultra rare DR3 chrome mirror option, this could be the only car set up this way. How is that for rare? It has 57K kms which works out to 36K miles. It was sold from Downtown Pontiac Buick in St Marys Ontario. I have the paperwork to back this all up. I bought it in 2013 from the original owner since 1988. He told me it was purchased in 1987 for an elderly lady, she couldn't drive it so a few months later her family traded it back in. That is when the gentleman I purchased it from bought it. He was a retired professional and only drove it in summer to his cottage up north. It has been undercoated every year and has never been winter driven. The body is 100% original paint, it still shows very well with only a few minor imperfections but no dents, rust or excessive damage. Email me any specific questions or to request additional pictures. You could easily repaint it but it would be a shame, as it still shows very well. It got compliments every time I took it out. I replaced the sagging headliner and tired carpeting so it looks like new inside. It has buckets, console and power windows, fixed mast antenna, AM/FM cassette stereo. GM dealer installed cruise control by previous owner. When I got it everything was still original (wires, injectors etc). I did $4k in work to "freshen it up" since everything was original. New injectors, plugs, wires, service to the rad, intercooler, transmission, rear end, valve springs, K&N filter, fuel pump kit, intercooler hoses, oil line hoses, valve cover gaskets, air converted to R134 and it does blow cold, I'm sure there's more I am forgetting to list. All parts were bought through TurboTweak, Kirban or Highway Stars. Everything is still to stock specs. The car is a solid roof, G80 car with an ultra rare DR3 chrome mirror option, I have never seen this before on a Regal T. With it being 1 of 280, this has to make it even more rare. The car runs and drives as it should. It has newer Michelin radials. The previous owner did replace the accumulator ball at one point. He also put stock appearing Magnaflow stainless exhaust on it. I already have a Grand National and bought this as a second car. It has always been stored in a heated shop, covered. I do have it listed several other places so I reserve to right to end the auction at any time. I would like a $500 PayPal deposit from the successful bidder within 48 hours to secure the car. Balance paid to be negotiated. I can assist with importing the car from Canada to the USA, it is a pretty easy process. Car is located in Ontario, Canada. I am about 30 minutes from Niagara Falls, New York USA border. Rare chance to own a very rare car that has been well cared for. 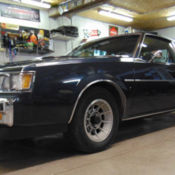 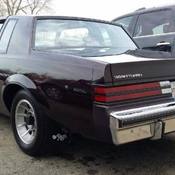 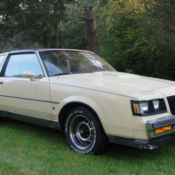 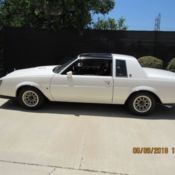 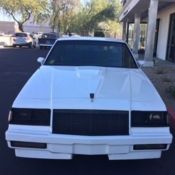 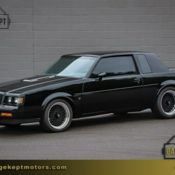 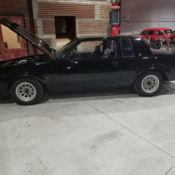 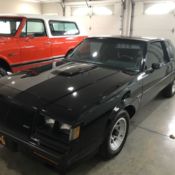 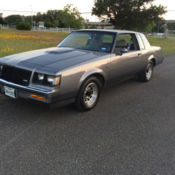 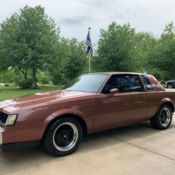