Over its long history, Buick often rebelled against its position within Alfred P. Sloan's carefully stratified GM marque hierarchy. Buick's ambitions in this regard were best expressed by the "New-for-1959 Electra 225." The "225" was derived from the 225-inch overall length, the longest of all GM cars during that period. At first glance, not only was it slightly longer than that year's first-tier Cadillac, its 401 cubic inch V8 engine was larger in displacement. Additionally, the top echelon Buick model also offered luxury approaching, and sometimes surpassing, that of its more "senior GM brethren."

Presented here is perhaps the rarest, most well equipped and coveted of the vanishing marque. Of the 285,089 Buicks produced in 1959, only 5,493 were Electra 225 Convertibles (less than 2%). Estimates suggest that far less than 150 of these cars survived, and of these, no more than a handful (if any) remain that were factory equipped with optional bucket seats and air conditioning. In addition to its eye-popping and timeless color combination, options on this unique car include the ultra rare bucket seats, air conditioning, automatic heat, Wonder-Bar radio with foot switch, rear speaker, power antenna, and full EZEye (tinted) glass.

After having undergone one of the most rigorous and encyclopedic restorations conceivable, this car was ultimately chosen as the best in class at the Meadow Brook Concourse d'Elegance. In the universe of car shows only Pebble Beach has more name recognition than the ultra-prestigious Meadow Brook Concours d'Elegance in Michigan. And in a fortuitous twist of fate, one of Meadow Brook's featured car groupings was "Fins and Chrome: The Convertibles of 1959," in celebration of the 50 year anniversary of the 1959 convertibles. Perhaps no car more elegantly defines the zenith of the tail-fin era than the 1959 Buick Electra 225. PLEASE CALL JAY FOR YOUR BEST. JAY 201 232 4040 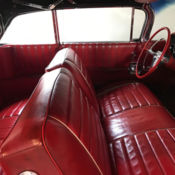 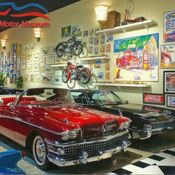 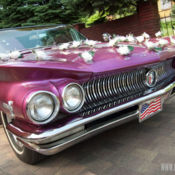 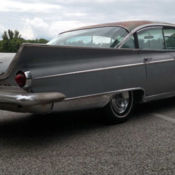 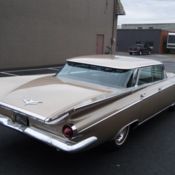 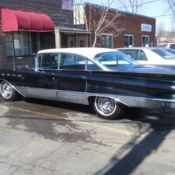 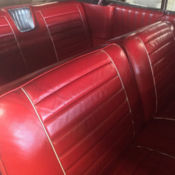 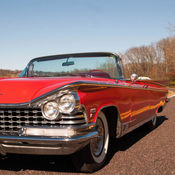 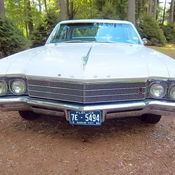 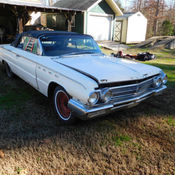