About this vehicleThis 1988 BMW 325i is an original e30! The vehicle runs great and is mainly used for weekend drives.Seller's NotesThis has never been wrecked, smoked in and never had pets in it. There is evidence of a tape line on the right front fender so the fender has been painted and I am sure more of the right side as well most likely a key scratch as there is no evidence of metal work. The paint match is excellent. NO RUST ANYWHERE! There are light scratches (in the clear coat but not thru the paint) on the hood and rear deck lid that I would leave alone - they are the kind that when there is a coat of light dust you donâ€™t see them. There is another scratch on the right rear fender up high again I would leave it unless you know a great touch expert. The leading edge of the hood has some rock chips again not noticeable. On the drivers side there are some chips up high on the rear fender just below the chrome molding .Vehicle Details

A rare find - all Original Unmolested 1988 BMW 325ic Convertible ! Hard to find Salmon Silver with Black Leather and top. Has every option available at the time ! All books and records including the window sticker! Sold new in Chicago by Perillo on 6/11/1988. The first owner was a lady in Wisconsin she sold it to the second owner in 1992 who kept it in a climate controlled building inside an inflatable plastic bubble. He was a car collector - he transferred it to his niece in June 2012 she has a daughter of driving age now and did not want her driving it as a first car and sold the car to me. I haved owned it since September . I am 65 and have had an affinity with BMW cars for over 40 years (I was the Sales Manager for the European Car Co. in Wichita, Ks. From 1986 to 1989 we sold 4-5 325 Convertibles each month at that time) I believe very few of these cars have survived in this condition. I agree with the last owner that it is too nice of car to driven daily - I am hard on cars and I need to pass it along to someone who would appreciate and treasure it! I did have the oil pressure switch and oil pressure switch connector replaced because it was leaking oil.

I have a factory hardtop for the car but it is NOT INCLUDED in this auction see my other auctions for it .

Dash is perfect ! Air was recharged in September and blows cold! New battery in March 2020.

It needs some items attended to : tires are nice but dated 2012 so you will want to replace them, the rear antenna mast is missing so I would replace the rear antenna, radio had a cassette stuck in it and was removed but the radio thinks it still in there (there is a radio repair service that can repair it in California for around $125), the service manual recomends the timing belt be replaced at 70,000 miles ( I would replace it and a water pump while it was being done), the soft top has a cut in the center and the rear window is coming un stitched There is a abs brake light on that is most likely a dirty wheel sensor, the front and rear BMW emblems need to be replaced (donâ€™t they all).. Please ask for additional pictures if needed. 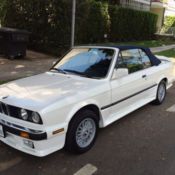 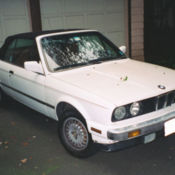 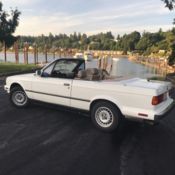 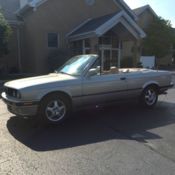 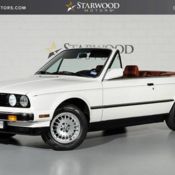 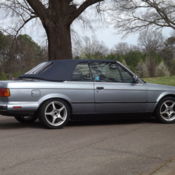 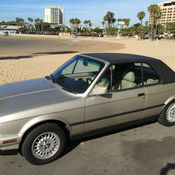 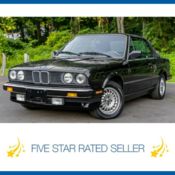 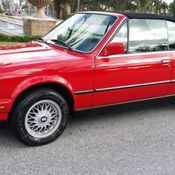 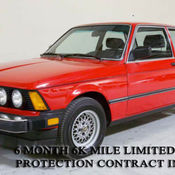