This vehicle is currently being auctioned at Garage Dream Auctions
The BMW E30 M3 is one of the most iconic and winning race cars in the BMW M car lineup. It was produced as a true race car that was sold as a homologation special to compete in the DTM and Group A Touring race series, which required a total of 5,000 cars to be built.
This 1990 BMW M3 is a Canadian-market example finished in Brilliant Red over black leather. It was sold new in Ontario and moved to British Columbia in 2017 and was imported to Washington in 2019 and is now in Southern California. It now shows approximately 77,000 kilometers (48,000 miles) and is powered by a 2.3-liter S14 inline-four paired with a five-speed manual transmission. Modifications include lowering springs, Koni shocks, 17? Rotiform wheels, a Supersprint exhaust, a Racing Dynamics front strut tower brace, and a Kenwood stereo head unit.
The Selling dealer does not have a lot of information on the history but it does look and present very well. Although the Carfax and AutoCheck reports are accident-free at some point the right fender had been replaced and some of the VIN tags are missing. We think that was a result of the new paint job and does not appear to be as a result of an accident. Overall, this is a very nice above driver quality car and could be brought to shows and or driven to the track for an occasional track day. The interior presents very well and the engine bay also looks very good. Under the car does show its age but nothing that stands out as an issue.
There are fewer and fewer E30’s out in the market and finding a high quality car that can be driven is becoming few and far between.
Please note that this car will not pass CA smog and must be purchased by a out of state buyer or dealer. 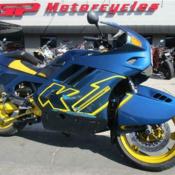 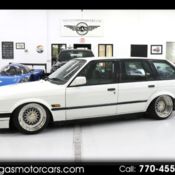 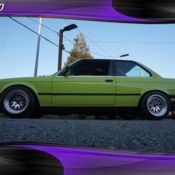 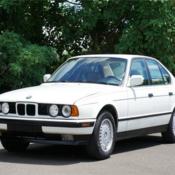 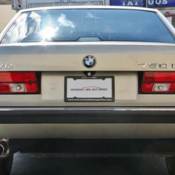 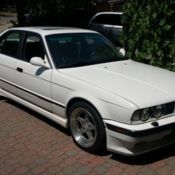 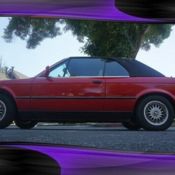 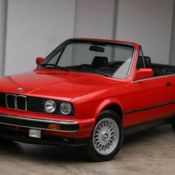 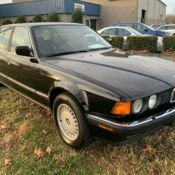 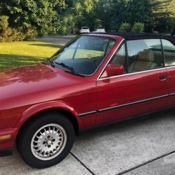