About this vehicleThis 1983 BMW 320i is an original. The owner has had it for 3 years. The vehicle is drivable and is mainly used for weekend drives.Seller's NotesI have for your viewing pleasure a nice example of a surviving 1983 BMW 320i with sport package. I bought it as a project car and no longer have the time or interest to complete. I want to put an LS in a 70s Firebird instead ha ha. It was originally sold in Salt Lake UT area and ended up in Oregon. Being a West Coast vehicle it has very minimal rust. That being said, it would be almost cherry for the East Coast. Transportation is buyers responsibility. Iâ€™m not making phone calls for you or holding your hand. If I have to meet a truck Iâ€™m town (Medford, OR) I will but I am not driving to Portland for any reason. Antifa has ruined a once beautiful city. Plus just cause Iâ€™m in Oregon doesnâ€™t mean itâ€™s close. Portland is 275 miles away. Paypal payment.ExteriorAlright, here it goes, the good, the bad and the ugly. Exterior: It has the extended, lower air dam. Somewhere along the line the fog lights disappeared. I do have a couple of Hella fog lights I think would work that I will throw in. Has the ugly US bumper and both impact struts are still extended and not modified. The left front fender has small dent like someone tried to hammer out a dent, or it was chewed by a dog. IDK. right front fender has dent. Blew tire or hit something. Left rear corner was backed into something and dented. Both taillights are cracked. Left rubber bumper piece is torn off. Decent tires on white honeycomb wheels. Missing one center cap. Emblems are faded, paint is OK, itâ€™s a 37 year old car so donâ€™t expect showroom floor new. The windshield has a crack down the middle and a bullet hole, oh the stories one could tell there. InteriorYes it has the sport steering wheel and Recaro seats. The rear access knob is missing on both sides. There is a hole in the left seat on the left side support. There are bugs in the instrument cluster. Donâ€™t know how they got there. The previous owner cut the center console for some bizarre radio idea. It has no radio. The hazard switch broke and needs replaced. The handle on the glove box broke. The blower fan every now and then makes a howling noise. The power mirror switch wiring has been cut for some unknown bizarre reason. I donâ€™t believe that the rear defogger works. Trunk has most original tools and jack. White honeycomb wheeled spare tire. I have the owners manual and the original window sticker. Some on the FB group have said that they have never seen an actual original sticker. If you want any pictures of whatever then shoot me a message and let me know. But I work so have patience with me. Any questions let me know. I will not end the auction early, unless itâ€™s an obscene amount of money. Car is for sale locally and I reserve the right to end it early or change my mind and keep it much to my wifeâ€™s dismay. EngineEngine runs ok. I think the high pressure fuel pump needs rebuilt. Donâ€™t flame me but the previous owner had some wiring problem and wired the fuel supply pump into the right rear park light. So you ha e to have the park lights on to get fuel. If you drive it and park for an hour or so it has a hard time restarting. Itâ€™s cold blooded. My original plan was to yank the Bosch K Jetronic and put in dual Weberâ€™s. But that never happened. No matter how much I tighten the one belt it sometimes squeals. It does not overheat. The clutch throw out bearing rattles in neutral with the clutch out. The exhaust was welded up possibly by monkeys. My original plan was headers and a whole new system. Sport package 5 speed. It seems to shift fine but fifth gear seems to whine. Maybe thatâ€™s normal IDK. LSD read diff. It runs and drives but if you live far away I would probably ship it or bring a trailer. one never knows and I am not going to guarantee anything. If your still reading then thank you for looking and happy bidding. Deposits are nonrefundable.Created on the eBay Motors app 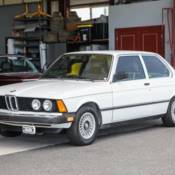 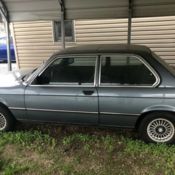 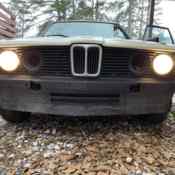 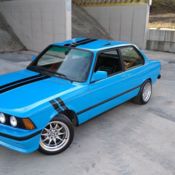 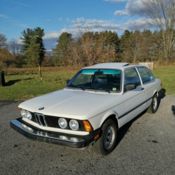 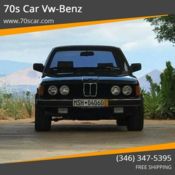 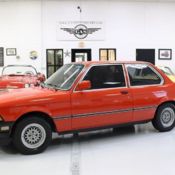 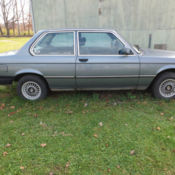 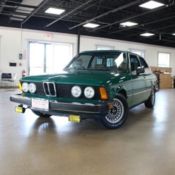 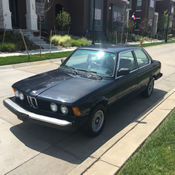