The 1600-2, as the first "02 Series" BMW was designated, was an entry-level BMW, and was smaller, less expensive, and less well-appointed than the New Class Sedan on which it was based. BMW's design director Wilhelm Hofmeister assigned the two-door project to staff designers Georg Bertram and Manfred Rennen. The 9.1" shorter length and wheelbase and lighter weight of the two-door sedan made it more suitable than the original New Class sedan for sporting applications. As a result, the two-door sedan became the basis of the sporting 02 Series.

Beginning in 1968, a convertible based on the 02 body was built by Karosserie Baur. A hatchback, called the Touring model, was developed from the 02 body, being available from 1971. Only 25,827 Touring models were sold, therefore the models were discontinued in 1974.

The 1600 TI was not sold in the United States, as it did not meet their emission standards.

Helmut Werner Bnsch, BMW's director of product planning, and Alex von Falkenhausen, designer of the M10 engine, each had a two-liter engine installed in a 1600-2 for their respective personal use. When they realized they had both made the same modification to their own cars, they prepared a joint proposal to BMW's board to manufacture a two-liter version of the 1600-2. At the same time, American importer Max Hoffman was asking BMW for a sporting version of the 02 series that could be sold in the United States.

As per the larger coupe and 4-door sedan models, the 2.0 engine was sold in two states of tune: the base single-carburetor 2002 producing 101 HP and the dual-carburetor high compression 2002 ti producing 89 119 HP. The 2002 Automatic, with the base engine and a ZF 3HP12 3 speed automatic transmission, became available in 1969.

In 1971, the Baur cabriolet was switched from the 1.6 L engine to the 2.0 L engine to become the 2002 Cabriolet, the Touring hatchback version of the 02 Series became available with all engine sizes available in the 02 Series at the time and the 2002 tii was introduced as the replacement for the 2002 ti. The 2002 tii used the fuel-injected 130 HP engine from the 2000 tii, which resulted in a top speed of 115 mph. A 2002 tii Touring model was available throughout the run of the tii engine and the Touring body, both of which ended production in 1974.

The 2002 Turbo was launched at the 1973 Frankfurt Motor Show. This was BMW's first turbocharged production car and the first turbocharged car since General Motors' brief offerings in the early 1960s. It produced 170 HP at 5,800 RPM with 177 lbs-ft of torque. The 2002 Turbo used the 2002 tii engine with a KKK turbocharger and a compression ratio of 6.9:1 in order to prevent engine knocking. Kugelfischer mechanical fuel injection was used, with an integrated boost enrichment feature. The 2002 Turbo was introduced just before the 1973 oil crisis, therefore only 1,672 were built.

This 1976 2002 series has gone through a restoration along with a lot of upgrades. The engine has been upgraded to an M powered engine out of an E30 M3 BMW providing 235 bhp at 7,000 rpm and 177 lbfft of torque at 4,750 rpm. The car is in excellent condition and drives incredibly well. This beauty will not last long!

Great lease rates and Financing also available on any of our inventory! 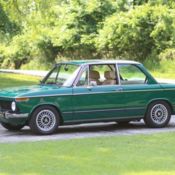 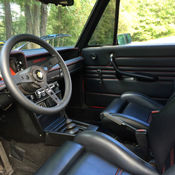 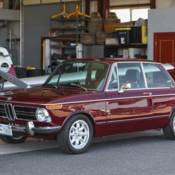 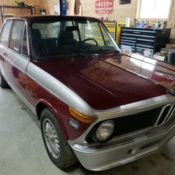 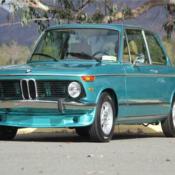 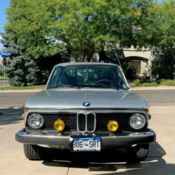 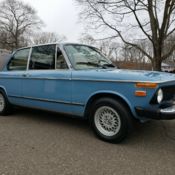 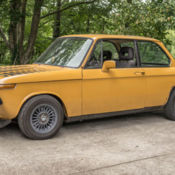 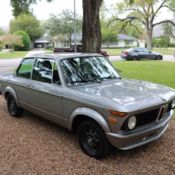 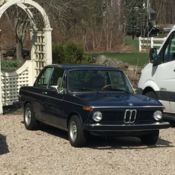