1973 BMW 2002
Highly desirable round-taillight 2002
BMW Verona Red (Code 024) over Schwartz (Code 086) exterior
Wide fender flares and rear spoiler faired into trunk lid
Amazing black leather interior
2.0L M10 four-cylinder engine, Weber twin-choke carburetor
Four-speed manual transmission
Air-conditioning, power brakes
Bonus feature - Alpine/Apple VehicleHub Pro entertainment system w/remote
Genuine BBS gold lace Super RS 15" wheels
With exterior trim that cries "vintage race car," MotoeXotica Classic Cars is pleased to offer another this two-toned 1973 BMW 2002 "Roundie." The market for these cars has started to move upward drastically in just the last year, this is a fleeting opportunity to obtain a relatively un-touched version before they get out of reach.
Dressed in lustrous Verona Red (code 024) over black (schwartz) (code 086) paint, this 2002 is complemented by many new trim pieces, a wraparound front air dam, fender flares and an integrated rear deck spoiler. All glass panels are intact, clear and in good shape. The vehicle's lights are all present, clear and complete. All body panels are straight and in good shape; they look especially good in two-toned paint. This car has approximately 11,000 miles of use since its 2.0L M10 engine was rebuilt with an upgraded Weber twin-choke carburetor and it is mated to a four-speed manual transmission. Car rolls on a set of gold, genuine BBS "Super RS" 15-inch wheels snug within Dunlop Direzza DZ102 205/55R15 tires.
The stunning interior features a new dashboard cover, black full leather seating, new carpeting, a new headliner and new window cranks, armrests and knobs. There's a sport, three-spoke steering wheel and all instrumentation works as designed. Driver's assist features include power brakes and air-conditioning.
A bonus feature is the Alpine VehicleHub Pro entertainment system, featuring an in-dash seven-inch Xenarc video screen, a remote control on the console, an Alpine subwoofer in the trunk and an Apple Mac Mini computer that acts as music/movie server. A BMW tool bag with some tools and a copy of the car's owner's handbook are also in the trunk.
The 2002 joined BMW's model stable for 1968 and lasted through 1976. By 1973, the 2002 came in its best-loved shape, with the rounded taillamps and heavier, safety-mandated bumpers that didn't detract from the car's sporty good looks.
Helmut Werner Bönsch, BMW's director of product planning, and Alex von Falkenhausen, designer of the M10 engine, each had a two-liter engine installed in a 1600-2 for their respective personal uses. When they realized they had both made the same modification to their own cars, they prepared a joint proposal to BMW's board to manufacture a two-liter version of the 1600-2. At the same time, American importer Max Hoffman asked BMW for a sporting version of the 02 series that could be sold in the United States. The 2.0 engine was sold in two states of tune: the base single-carburetor 2002 producing 101 hp and the dual-carburetor high compression 2002 ti producing 119 hp. The 2002 tii used the fuel-injected (130 hp) engine from the 2000 tii, which resulted in a top speed of 115 mph.
This year, BMW celebrates its 100th anniversary. BMW has a long successful history both in Europe and the United States. This is an opportunity for you to acquire a part of that history that made BMW a house hold name in America! “One of the most unique and sought after 2002s in the country, a 1973 "round tail light" 2002, either to enjoy as a daily, a weekend toy or a valued addition to your collection...GET OUT AND DRIVE! 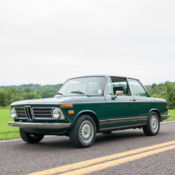 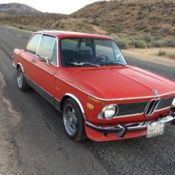 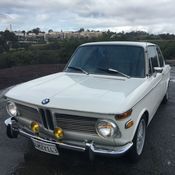 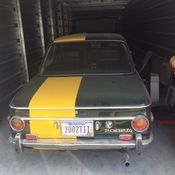 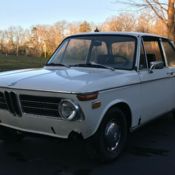 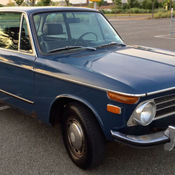 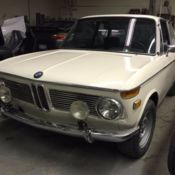 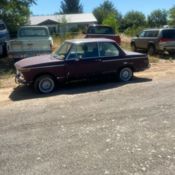 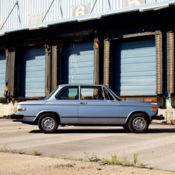 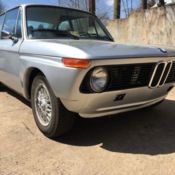