1983 Audi Quattro Turbo Coupe
This 1983 Audi Ur-Quattro is a Euro-spec example finished in dark blue over black. It was delivered new in Germany and reportedlyremained with the original owner until being acquired and moved to Colombia by the seller in 1991. The car was imported to Miam, and added approximately 40k of the 62k indicated kilometers (~39k miles) during his 27 years of ownership.Power comes from a turbocharged and intercooled 2.1L inline-five, which is mated to a 5-speed manual transmission and all-wheel drive.Factory equipment includes power windows and locks, digital instrumentation, and AM/FM/cassette audio.The most recent service was performed in Colombia four months ago and included an oil change, an A/C recharge, and new brake pads.This Ur-Quattro is being offered with a clean Florida title.
A glass-out repaint in the factory blue was performed using Glasurit paint approximately eight years ago to correct sun damage and rock chips.New 4-ring door decals were applied at that time, and Quattro decals are also present on both rear side windows.The 15â€³ factory wheels wear 205/55 Michelin tires with 2011 date codes. This Ur-Quattro also features the European-spec headlamps and bumpers.
The cabin is outfitted from the factory and features a Euro-market multi-panel leather headliner, as well as Blaupunkt audio,differential lock controls labeled in German on the lower center stack, and leather Recaro sport seats with leather with pleated inserts.The dash is uncracked.The Euro-spec electronic instrumentation includes a speedometer, tachometer, and readouts for fuel, temperature, and boost pressure.The 6-digit mechanical odometer shows 62k kilometers (~39k miles).
The 2,144cc turbo five is the original engine and that it has had oil and fluid changes every year regardless of mileage, as well as periodic belt replacements.Turbocharger is the factory unit and was rebuilt two years ago.European output was rated by the factory at 197 horsepower and 210 lb-ft of torque, increases of 37 horsepower and 40 lb-ft over the contemporary North American model.
The Quattro all-wheel drive system is in working order, including the front and rear differential locks. A new exhaust system similar to the original is fitted,including a modern muffler. Radiators have not been changed.
VIN ISWAUZZZ85ZDA901218
SERIOUS INQUIRIES CALL EDDIE 305-527-6867 OR BERNARD 305-443-7626
Follow us on Instagram for live updates! @rmcmiamiCan Ship (Insured) Anywhere Worldwide if Needed.Located in Miami, Florida 33126Financing Available with Approved CreditTrades Always Welcomed (UP or DOWN) 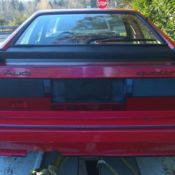 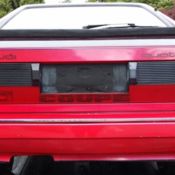 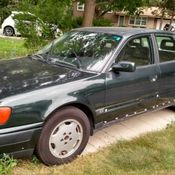 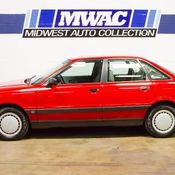 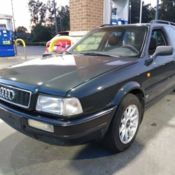 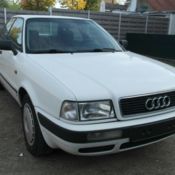 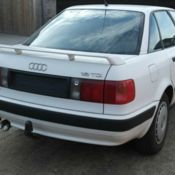 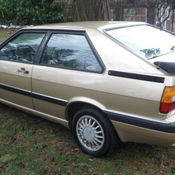 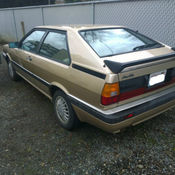 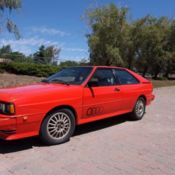