Audi Quattro, also known as Ur-quattro has single handedly put Audi back on the automotive map.
It has re-written the Rally Racing rulebook. No car without all wheel drive has won the world rally championship since Group B.
Worldwide only 11,452 have been made between 1981 and 1991.
Out of those only 99 were imported to Canada including 61 in 1983.
Sticker price for the car in 1983 was over $50,000 which at that time was more than a Porsche 911.
This example is one of the 61 Canadian cars and is finished in Diamond Silver with Brown (Zebra) cloth interior.
Car was repainted once over 20 years ago, not sure of the reason however it has never been in an accident.
Mostly original with only a handful of upgrades.
One of them was updated ECU from late 80s 5000 turbo to allow for knock sensing and OBD capability. ECU has been chipped to provide 14psi of boost and bring the power back to Euro equivalent of approx. 200hp.
Car is also sitting on optional Fuchs rally forged wheels with 15mm spacers to fill out those fenders with new BF Goodrich tires. Under the rims are upgraded brakes, with G60 twin caliper fronts and vented UrS4/V8 rears, setup is identical to European car with 20v engine (RR).
The other upgrade is silicone coolant and boost hose kit from Samco.
A/C components have been removed to save weight, however they are available and will be included with the car.
Maintained regardless of cost. Recent cylinder head rebuild, upgraded exhaust manifold (uncrackable) and new metal head gasket. I have pictures of the procedure performed by previous owner.
Car runs and drives like new, no squeaks rattles or shakes.
Interior is in great shape, carpets have very little fade and the dash is uncracked. All of the power equipment works including the finicky mirror controls. Floor mats are quattro script Lloyd.
Sunroof has a new seal and pull handles.
I can assist with shipping however all monetary costs will be buyers responsibility.
10% downpayment via wire transfer within 48 hours of auction's end with balance no more than 14 working days after.
Good luck 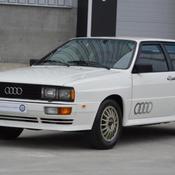 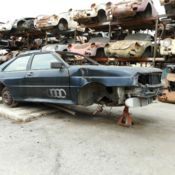 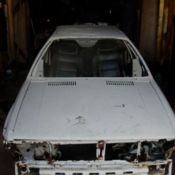 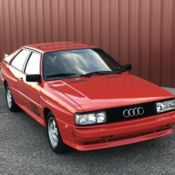 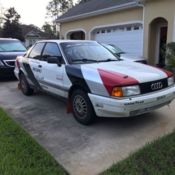 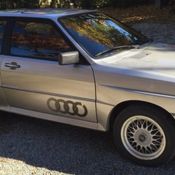 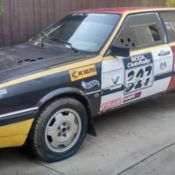 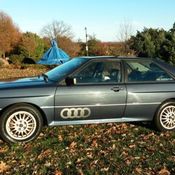 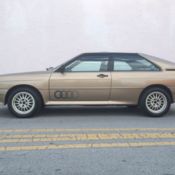 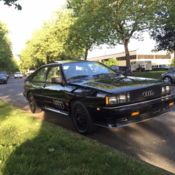