Audi is making tremendous vehicles now and this car may represent a pretty sound investment for the right buyer. I purchased this car 2 years ago and drove it home 192 miles home, worried at first because the car had sat in a warehouse. Having owned multiple “S” Audi's I searched for and found one of the 250 first year of production Audi S4’s sent to America. They are super rare. “Ur” is a German prefix meaning original. The UrS4 was produced from 1992 to 1994 so to find a 1992 model I felt pretty lucky.

The engine purred like a kitten despite it’s years of service and the transmission shifted like butter. My plan was to do a restoration on the car as I drove it to the tennis club and fun running of errands. I used the car last Septemberto attend a wine tourover 400 miles and no problem other than the air conditioning needing recharging but coming several days later I notice fluid under the vehicle and now the clutch has no pressure and so the fluid had to have been a clutch cylinder leak. You can place the car in any gear with the car not started then start itand it drives but there is no fluid and the car will need to be towed.The car is far from perfect but it drove perfectly the night before the fluid puddle in the driveway. Please only buy if you are a Audi enthusiast, or Sport Car enthusiast and understand that the car will need all fluids changed and probably need a new clutch slave cylinder which is a $75 part but I think the transmission has to be pulled to replace, and as long as you are doing that you might as well spend a couple hundred on a clutch kit as well. It could be an easy fix I am just not mechanical. I just don’t want anyone disappointed or nit picking me about every little thing. It starts right up but has not been driven in 7 months now and I don’t ant to sell to some one looking to see if they can drive it home, it will need transporting. It only has one key, the passenger headlight lens is cracked, the driver’s seat bolster is showing wear as well and one small rubber molding on the lower passenger fender ran away (Trying to scare offthe like new car buyers – this one needs TLC). I will run the car 2 times and if it doesn’t sell at this modest price I will send it to my local specialist. I would rather sell to someone who understands the rareness of this “Ur” S4’s and this car being one of the 250 first year Audi S4’s to reach American shores.

If you are still contemplating the purchase of my Audi S4 then you’re obviously someone who has an appreciation for this understated sport sedan, and based on the modest reserve this is an opportunity for an Audi Lover with a modest restoration budget.Part of the attraction of these cars aside from the rarity factor is that they are extremely comfortable and capable sport sedans. They are also, for the most part, simple enough to work on for the average enthusiast.

Being more performance-oriented, the 1992 S4 had a 20-valve, 2.2-liter I5 engine rated at 227-hp, about 25 more horsepower than the Audi 100. Paired with a 5-speed manual transmission only, the suspension was sports-tuned to be firmer. Apparently, out of all the years of the S4, 1992 features the highest performance-tuned suspension (lower springs and rear sway bar with 28mm bar up front). This car is super comfortable and fast as crap, I am older and never push my cars hard, it even has heated rear seats.

Please be sure you have read the article – I am selling the car at low cost to an enthusiast. If you can not pay promptly please do not bid. I just want a simple deal. Thank you for your consideration. 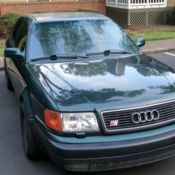 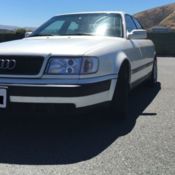 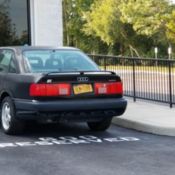 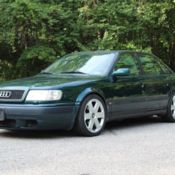 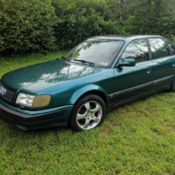 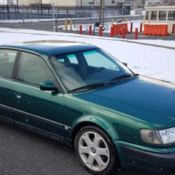 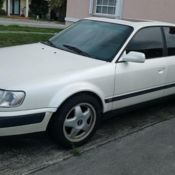 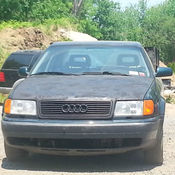 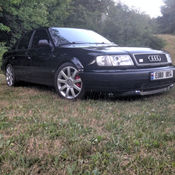 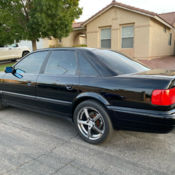