OK here goes. Currently California car and has passed the rigorous CA smog inspection in the past 30 days. Car has 255K but the previous owner said the engine was replaced in the past few years and it does run very strong and starts right up. Does not seem to burn any oil which is surprising. The transmission was rebuilt (have the receipts) in the past 30K miles ago. Trans has some gear whine only in the first gear transition common to the VW 3 speed auto transmission but shifts fine otherwise. Interior especially nice. Seats show slight wear. Has new headliner in past couple of years. Relatively new Michelin MXV tires. Has the custom factory pearl paint and it is original. I got the car last year from the second owner in WA state and he did not disclose the driver door lock and trunk lock and glove box locks are broken but the doors work fine and the passenger side locks and works fine. The AC does not work and I believe it was not charged after the engine change but what is wrong may need to be determined. Heater works fine. The steering column upper cover was removed but I have a replacement. The airbag light does not come on. All the lights work fine. Cruise control does not work. Sunroof works but if you know these cars you should avoid using except for the pop-up function. Gas cap have separate key for locking. The driver door lock and trunk lock were “jimmied” and do not work but passenger side works fine. Inside glove box lock also messed with but door partly closes. I have one of the locks as a spare part I can include for fixing it. I have owned 5 of these cars over the years and know them extremely well. I am disclosing all the things the previous owner did not to me. One thing, there is a fuel cutoff feature when you reach 4,000 rpm and the turbo is about to overboost. The turbo works fine but I believe the overboost feature comes on if the limits are exceeded because the wastegate diaphragm may need replacing. I have done those before and they can be done without removing the wastegate. Also, I happen to have a large collection of clean used and some new parts for the car which I will make a great deal for you if you like. I will even include some with the car at no cost. For example, the instrument cluster was taken out by me and it is still a bit out of position. I have a replacement cluster in case you should need it. There are a few bulbs out on the current one and the turbo boost lcd does not work so I was going to replace the cluster at some point. Overall the car looks great and drives strongly but of course it is a used almost 30 year old car so there are things here and there as I am mentioning. Ask me questions before you buy. I have much of the original paperwork and the original window sticker. The car has no rust whatsoever as it has always been on the west coast. I have this listed locally but feel Ebay may give it greater exposure for reaching the appropriate buyer. Car is currently registered in CA but you will have to arrange shipping. Ask any questions you need to. These were extremely solid cars. As I said, I have a large collection of parts that you may have access to and I will sell them at a very low price as needed. Have the original owners manual and much additional technical information about the car. Car has wear consistent with a 27 year old vehicle in terms of scratches, scuffs, dirt and wear in general.NOTE, there is some scuffing and light scraping of paint in one section of left bumper but no metal damage. I may try to remove with acetone but can’t state it will. The rubber molding that goes around front windshield is pulled up out of position in lower right but does not effect sealing or function and looks fixable, looks like it has the original Audi CD changer located in trunk. 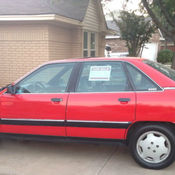 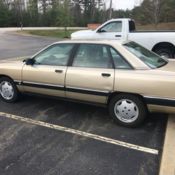 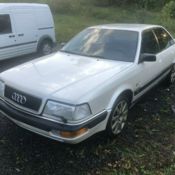 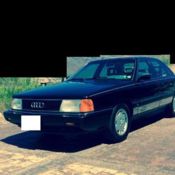 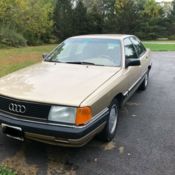 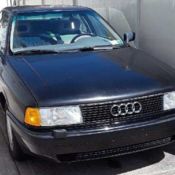 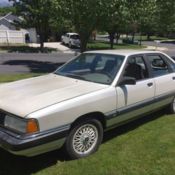 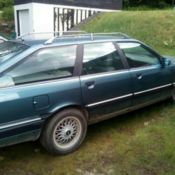 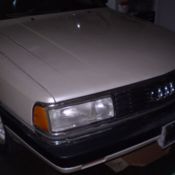 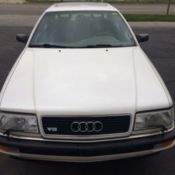