Many more pictures and references avaialble
Sold as is where is. I can help with transport if needed.
On Sep-13-17 at 08:27:16 PDT, seller added the following information:

Marco Fazio at Alfa stated the engine prefix number 1315 is correct for the period and is a Veloce motor but was unable to provide addition numbers. The interior and exterior colors match the archives. I have asked for another copy of the build specs from Mr Fazio I will post when available.

I purchased the car as a 1959, title shows 1960 as outlined below with the history that I received.

Latest on the motor will post more info when received.

The body colour is graphite grey, with I suppose red interiors.

Car was owned by Bob P. who sold the car to Carter H. of Quattroroute Alfa Romeo in St Louis prior to selling to Mark H. who sold it to George W. in 1997. (I have full names for each owner).

Alfa Romeo Fusi book says the Veloce engine was built late 1958, The car was built in 1959 and shipped March of 1960 from Italy to Hoffman. So it is assumed that the engine was a hold over from the late 1958 production run and was put in the 59 chassis.

That is the best information Ihave at this point.Worst case it isthe period correct Veloce motor for the car, best case Mr Fazio can provide thecomplete numbers for the engine. Will post when or if they becomeavailable. 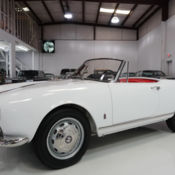 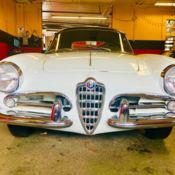 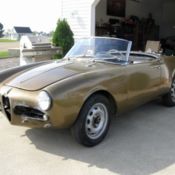 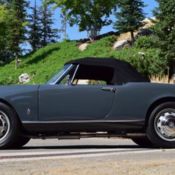 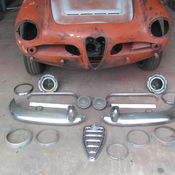 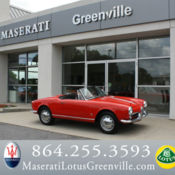 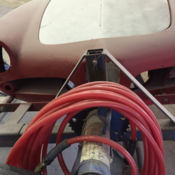 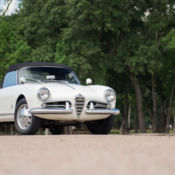 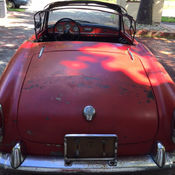 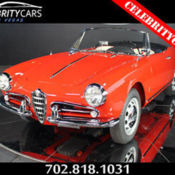